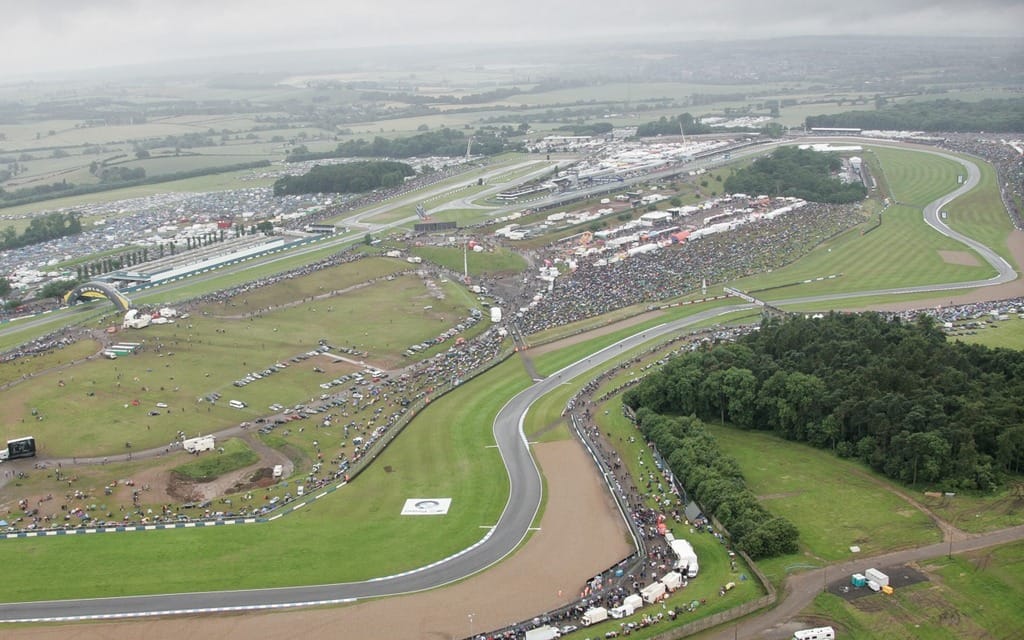 This year’s MotoGP British Grand Prix took place at the Silverstone Circuit. According to a recent report on MotoGP.com, that’s the last MotoGP action Silverstone will see for quite some time.

The Circuit of Wales is scheduled to host British bouts of MotoGP until 2024 (a five-year guaranteed contract, with the option for a five-year extension). An alternate venue was needed for next year, however, before MotoGP moves to the new circuit in 2016. That venue will be Donington Park.

“After announcing the long-term MotoGP agreement between Dorna and the Circuit of Wales our priority has been to agree the venue for 2015,” said Chris Herring of the Circuit of Wales. “It is in the interests of everyone, especially the fans, to make a decision as soon as possible and in Donington Park we have a venue that shares our vision for growing MotoGP in the UK.”

Carmelo Ezpeleta, CEO of Dorna, also commented: “We believe Donington Park will deliver a fantastic race in 2015. Donington Park has a long history and has been the scene of some of the most exciting MotoGP races in recent years and we are sure that the extensive works undertaken since it reopened four years ago will guarantee a successful event.”

The circuit is no stranger to top tier competition, having hosted MotoGP from 1987 to 2009.