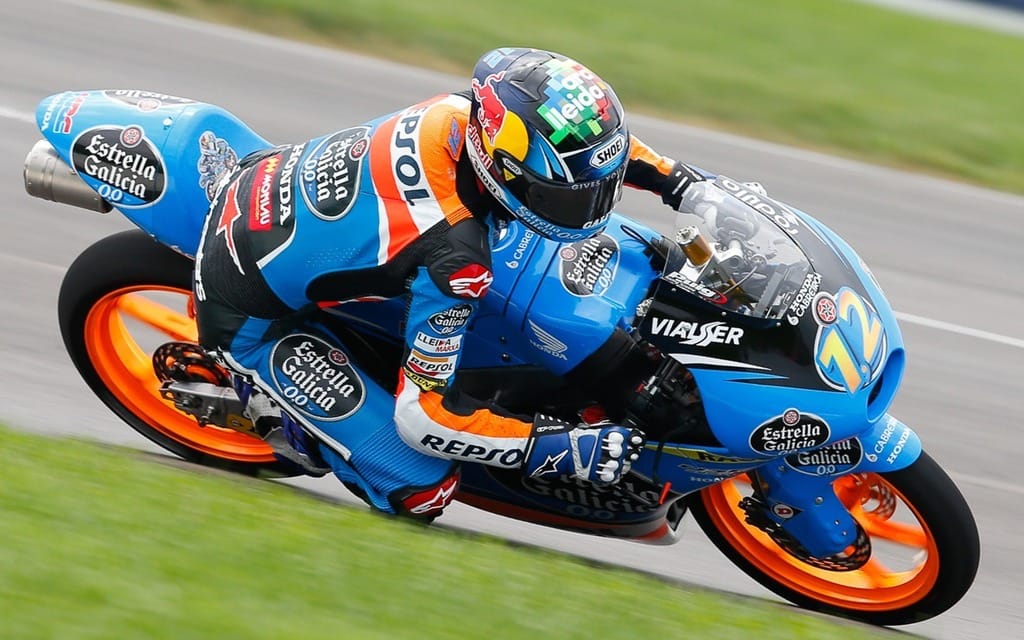 Alex Marquez, the 18-year-old younger brother of Marc Marquez, will be graduating from Moto3 to Moto2 next season. Alex has performed well enough in his short Moto3 stint (this is just his second full season) to impress the Marc VDS Racing Team in Moto2. The two-year deal will see him join the team alongside fellow Spaniard Tito Rabat.

“I am so proud and excited to announce I am joining Marc VDS Racing Team in Moto2,” Marquez said. “It is very important for me because I am changing class with a fantastic team and a strong teammate. But now it’s time to focus on Moto3, we are in the most important moment of the season and our mission is to fight for the championship.”

Marquez currently sits second in the Moto3 championship – a mere 13 points behind Jack Millar – with six races left in the season.