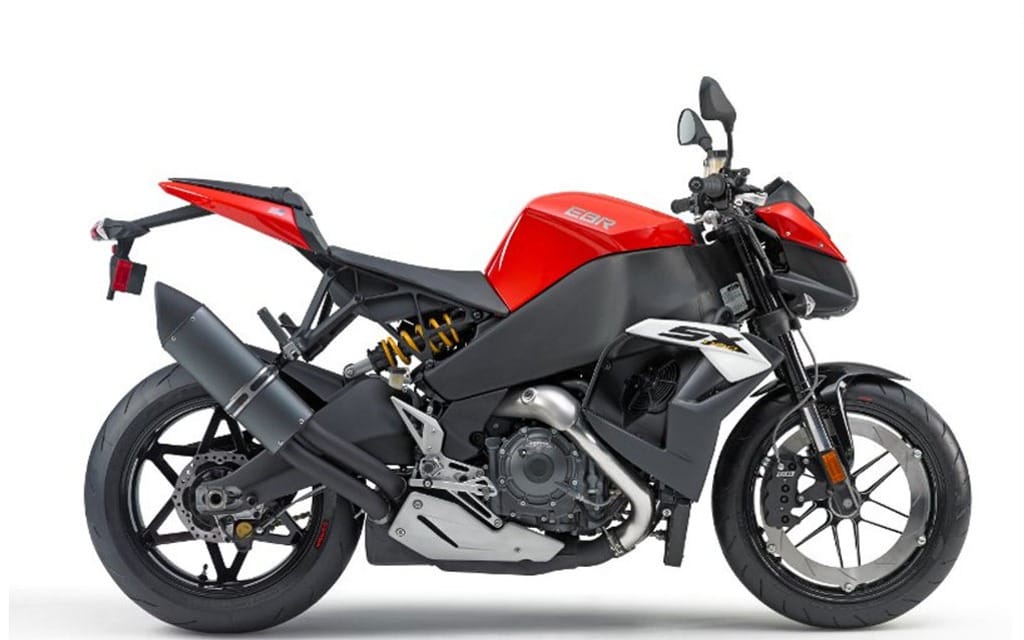 A few years ago Erik Buell’s motorcycles were sold by Harley-Davidson, but now it’s the Indian giant Hero that sells—and makes—motorcycles designed by Buell, and we’ll see them in North America next summer, according to a story in Bloomberg Businessweek.
Bloomberg says Hero will begin exporting four models to the U.S. through Erik Buell Racing, the local distributor. They’ll include a scooter, city bikes, and a small sportbike, and they’ll be cheap, perhaps cheaper than Honda’s CBR300R.
Last summer, Hero MotoCorp, which is India’s largest motorcycle manufacturer, bought 49 percent of EBR, which fed enough money into the U.S. company to enable EBR to upgrade its operations. EBR also consulted with Hero on the design of an electric scooter. The partnership between EBR and Hero will result, says Bloomberg, in cheap, small motorcycles and scooters flooding into the U.S. from India.