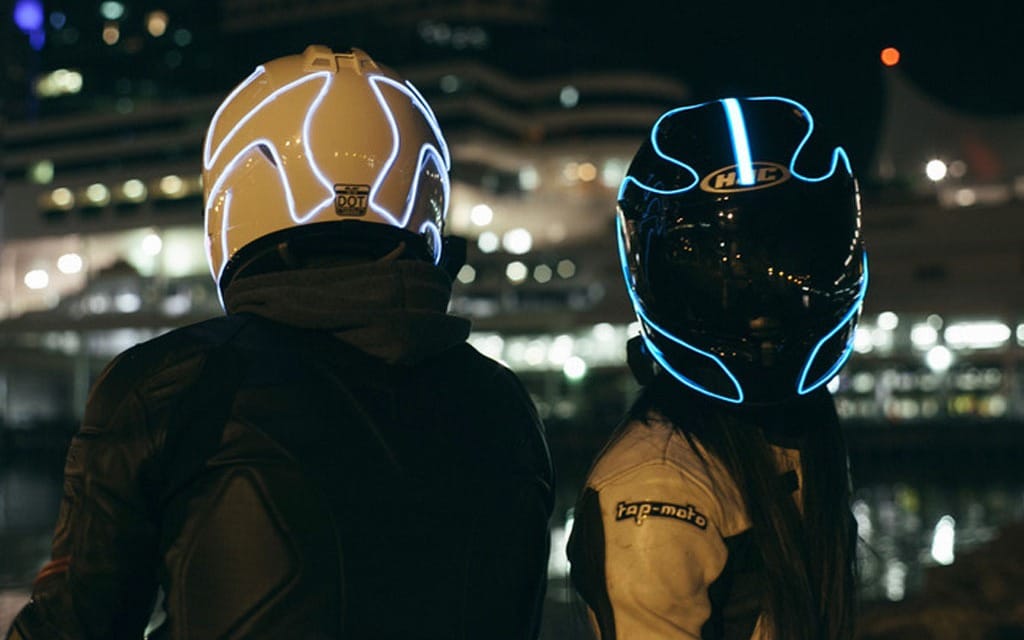 A Vancouver man has created a lighting system for motorcycle helmets in the style of the movie Tron: Legacy, and has raised funds through a Kickstarter Internet campaign to get his products onto the market.
Thomas Plywaczewski told the Province newspaper that he developed the helmet modification idea while he was studying engineering physics at Simon Fraser University. He formed a company, LightMode, built a prototype, which the Province says “turned heads wherever he rode,” and when he graduated he set about building the helmet gear for sale.
He said he’s received queries about the helmet kits from around the world, and hopes to ship thousands of them to customers.
So far, he has raised more than $10,000 through Kickstarter.