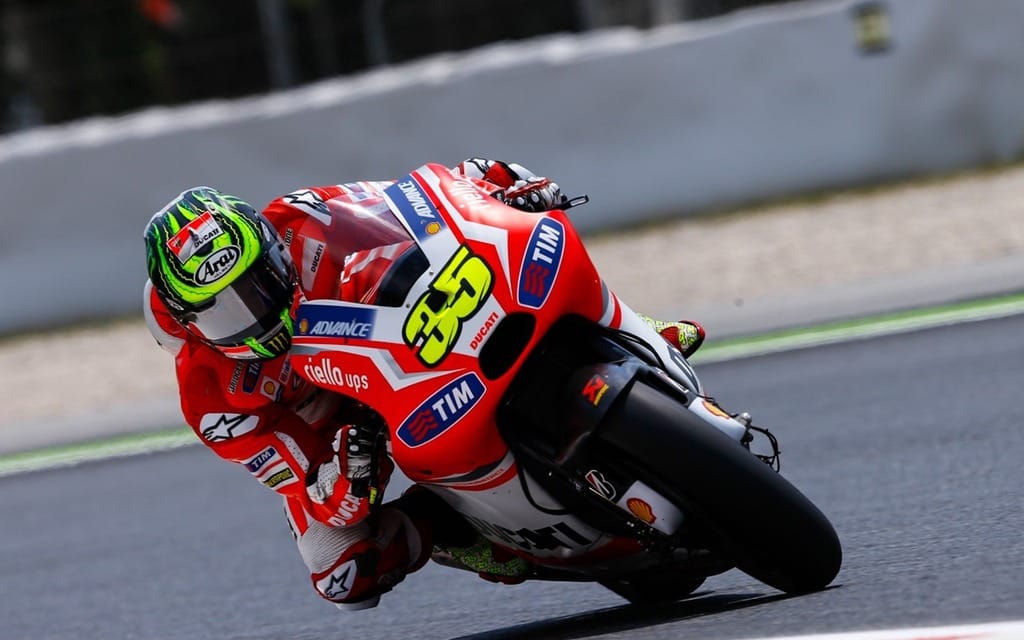 Crutchlow out, Iannone in at Ducati Corse

Despite recent reports that a struggling Cal Crutchlow would remain with Ducati’s factory MotoGP team until the end of 2015, it seems the British rider and Ducati Corse are parting ways at the end of this season.

What follows is the communiqué released by Ducati on Saturday: “Ducati Corse announced today that is has reached an agreement with its factory rider Cal Crutchlow to terminate, ahead of time, the contract that ties the British rider to the Italian team in MotoGP for 2014 and also for next season. The two factory Ducati Team riders for 2015 will now be Andrea Dovizioso and Andrea Iannone.”

Crutchlow, though, isn’t being left out in the cold. He’s already inked a one-year deal with LCR Honda for 2015, which is expanding its presence in MotoGP next year to two bikes and adding title sponsor CWM.