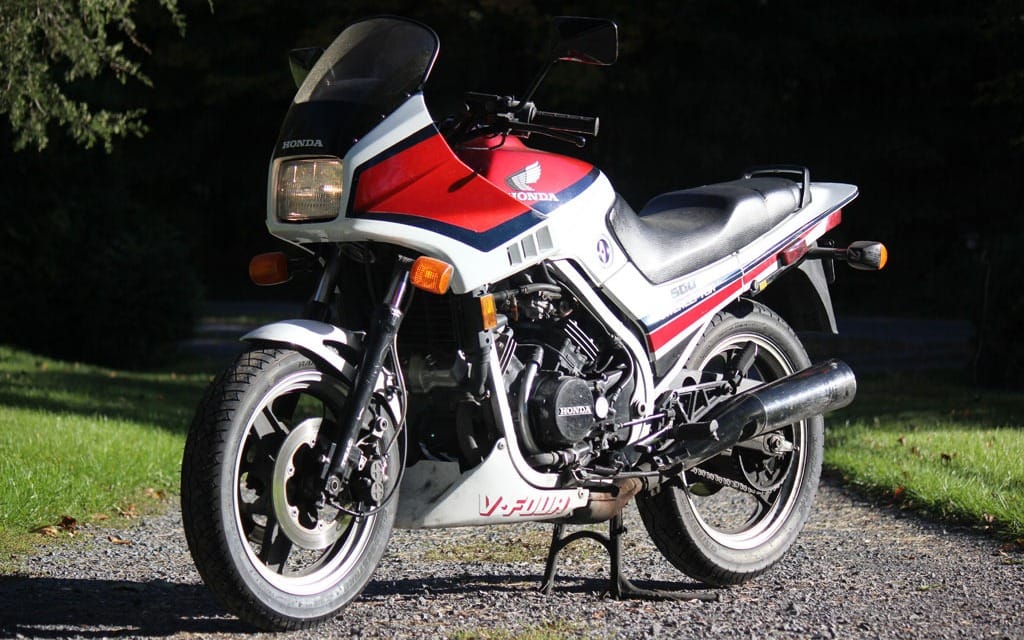 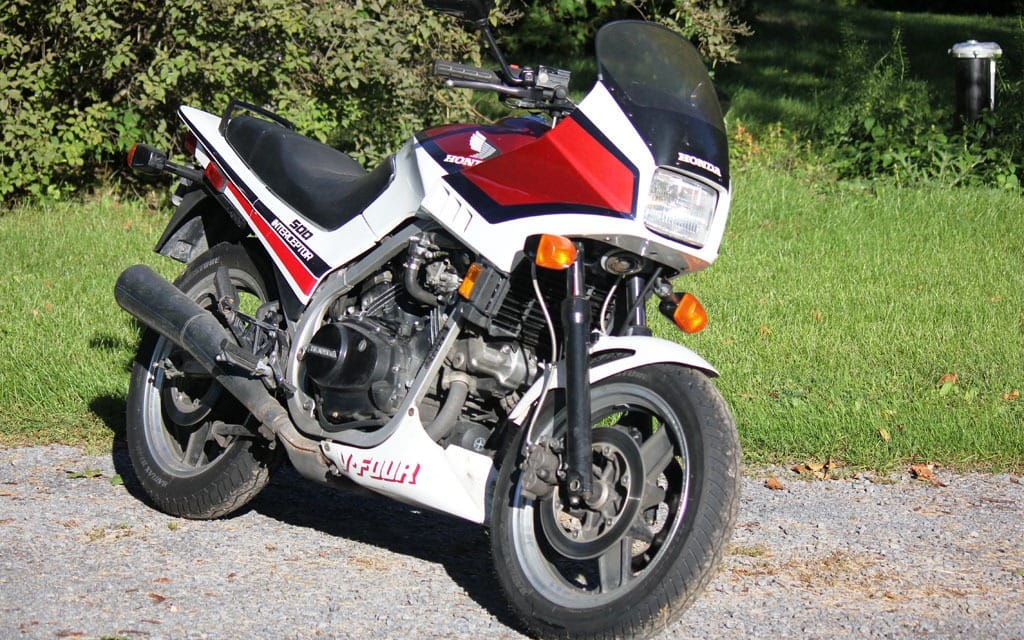 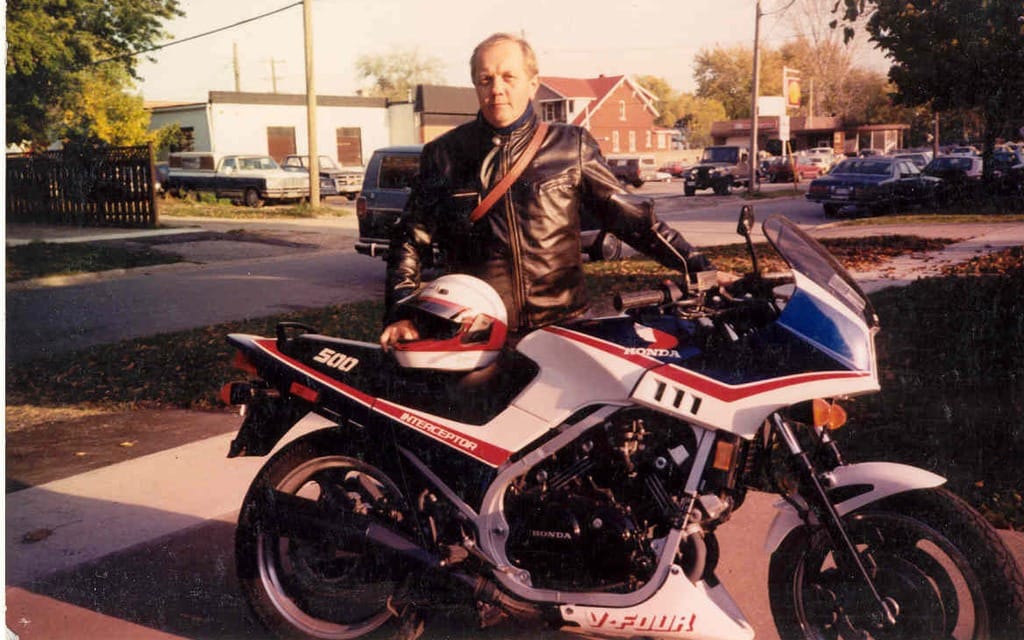 BACK PAGES
Despite its displacement handicap, the VF500 more than holds its own and is stronger than all its four-stroke competitors save the Yamaha FJ600. The Yamaha is still the powerhouse of the class … but they are close at the top end. The VF500’s broad powerband makes it deceptively quick. Initially the engine feels underpowered, but much of this sensation derives from the almost flat torque curve, a characteristic shared by all the Interceptors. However, the engine pulls best in the top third of the powerband. Kept above 9,000 rpm the engine responds instantly with authoritative power. Certainly, a 12.38-second quarter mile time must be considered remarkably quick for a 500 cc motorcycle.
Perhaps the engine’s only failing is one that it shares with other Honda V4s, namely the difficulty of performing routine maintenance. Access to spark plugs and the screw-type valve clearance adjusters is limited and adds significantly to the time required to perform basic tasks.
Engine performance is not the 500 Interceptor’s only strong point. The rectangular-section frame closely resembles that of the VF750 and not surprisingly the VF500 handles very well.