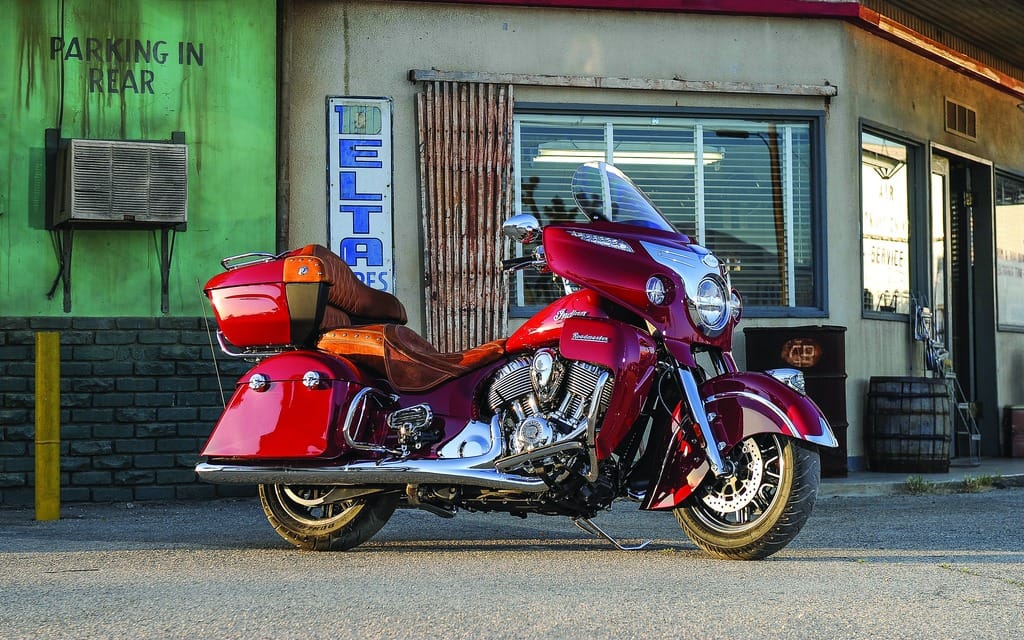 As it did in 2014, Indian Motorcycle is using the Sturgis Motorcycle Rally to introduce something new. For 2015 it’s another new take on an old classic – the Roadmaster.

The original Roadmaster was produced from 1947-1953 and, says Indian, “was widely recognized as one of America’s most reliable and comfortable touring bikes.” The new Roadmaster, they say, “is destined to reclaim that honour,” coming “fully-loaded with premium features for comfort and convenience.”

The Roadmaster has an MSRP starting at $29,999 and Indian says the bike should reach Canadian dealerships in late 2014.