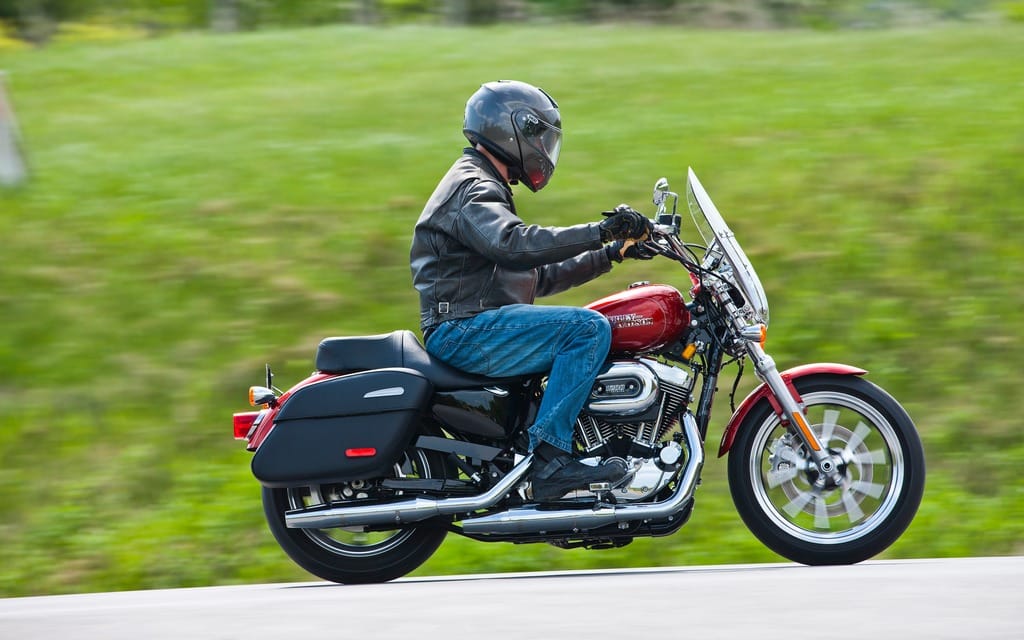 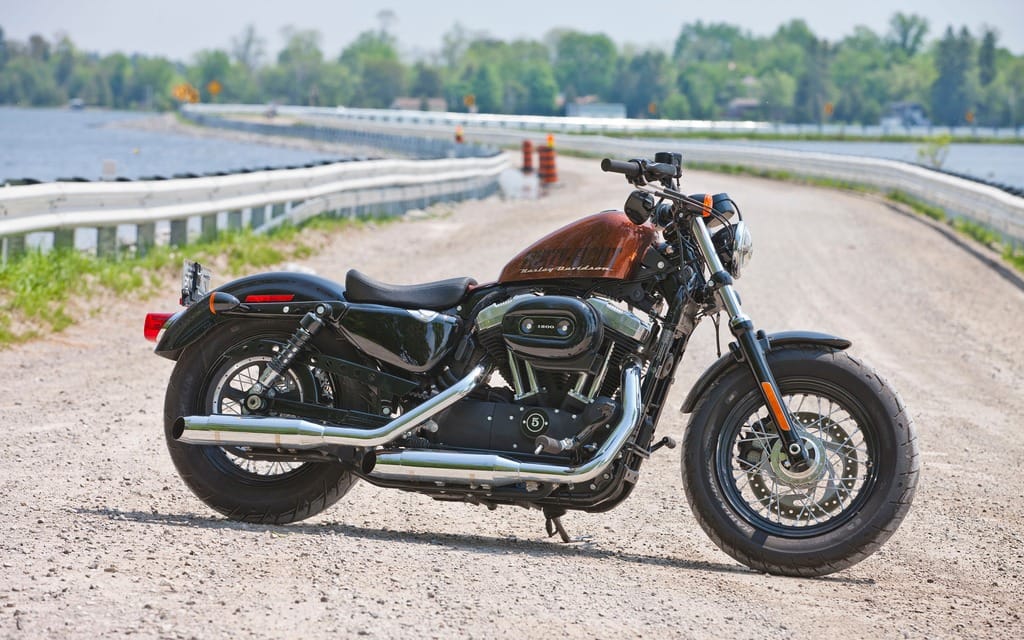 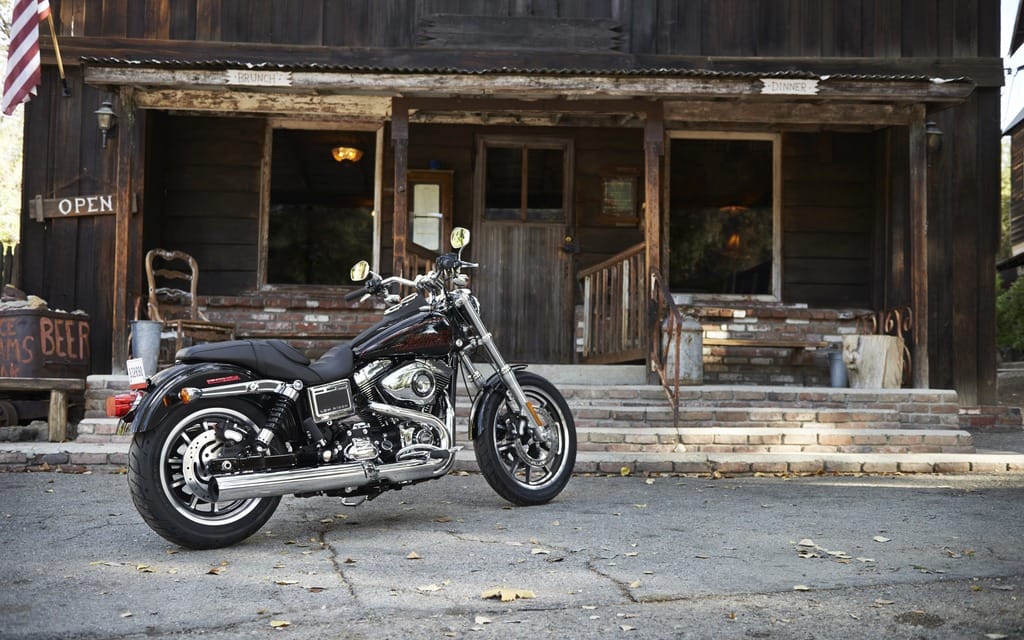 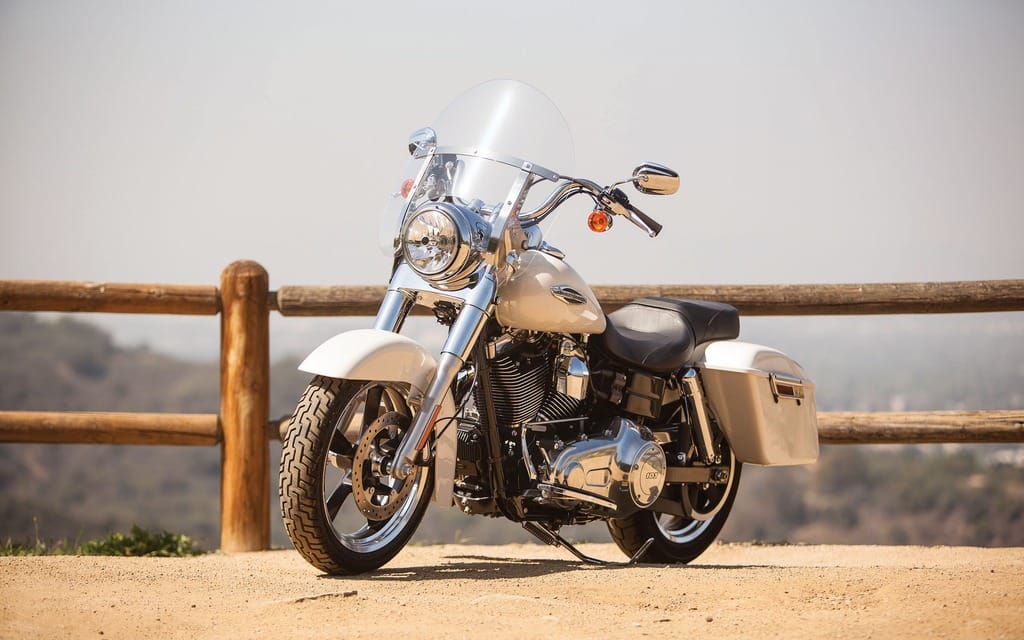 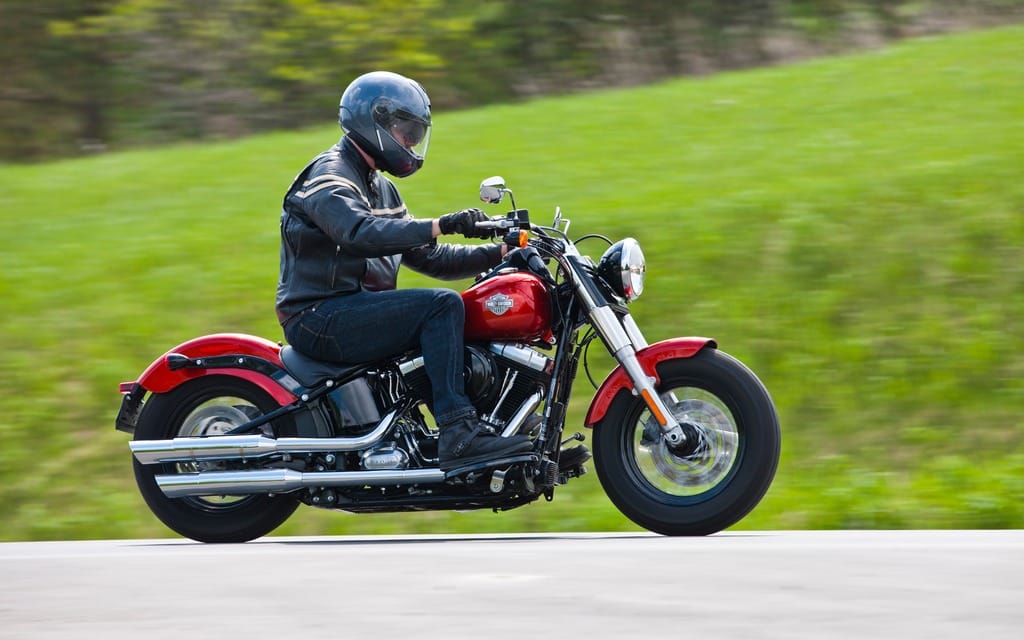 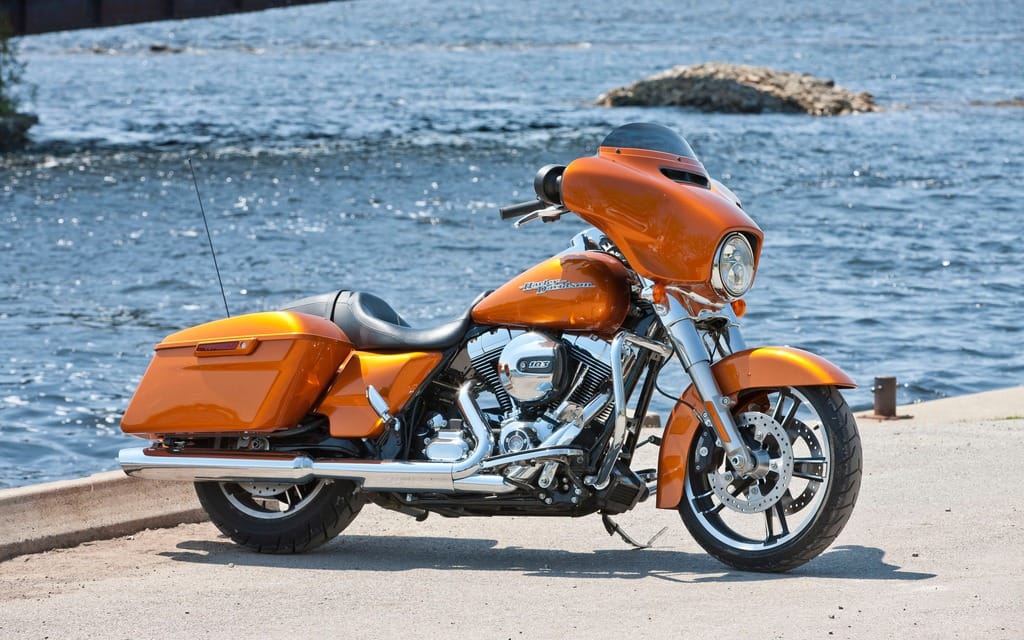 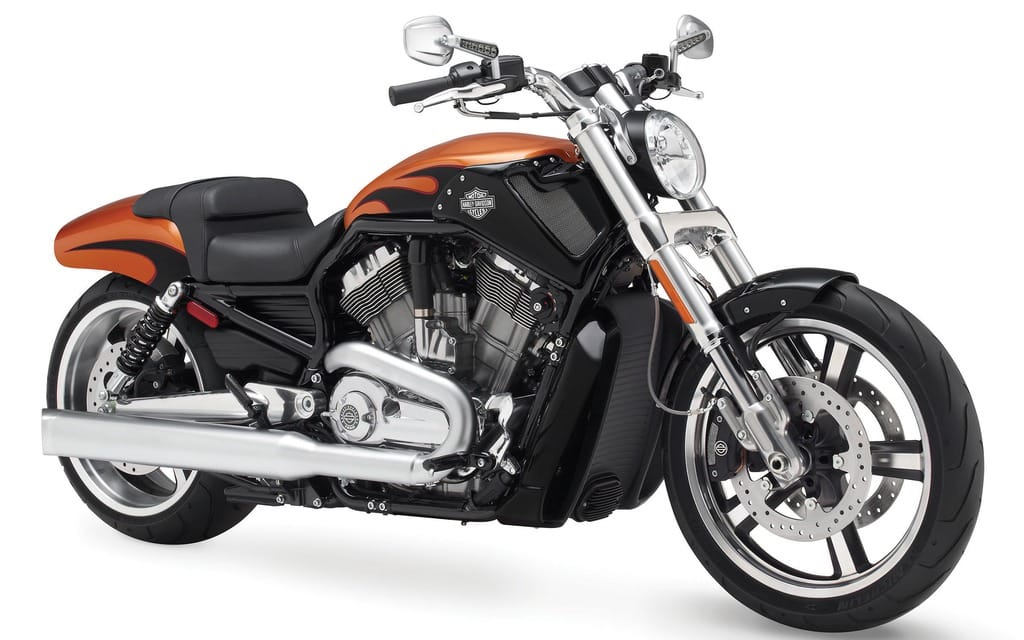 Forever in a Day

Harley-Davidson condenses a model lineup into one ride

For many North American riders, Harley-Davidson is the forever brand. Harley has some of the most fanatically loyal owners, people who would never even consider buying another make, and who, literally, have the bar-and-shield tattooed on their skin. They’ve always ridden a Harley and, come hell or high gas prices, they’ll always ride one. That’s not to say they won’t own different bikes in their lifetime — say, start on a Sportster and end on a Street Glide — but they’ll keep it within the family.

More accurately, they’ll keep it within the families. H-D divides its lineup into the Sportster, Dyna, Softail, V-Rod, Touring, CVO, and Trike families, and pulling into the parking lot at Deeley Harley-Davidson, located just north of Toronto, Ontario, is like arriving at a family reunion. Papa Street Glide sits next to Mama Superlow, flanked by a variety of V-twin siblings. There are nine bikes on hand and only one day to ride. We’re bewildered by our options, like kids in a Hard Candy Custom store. Mom says pick five. We kick, scream, make a scene, and end up riding seven. It’s like condensing a staunchly loyal Harley rider’s entire motorcycling career into eight hours.

We’ll start with Sportsters, the place where many start. The Superlow 1200T ($14,499) provides touring capability — hence the T — in an easy to handle package. ABS is available as an option. Saddlebags are lockable and the windshield easily removable. The T, however, could also stand for tight; both our testers, who are six-footers, find the fit confining. With a seat height of 702 mm, it’s a bike for smaller riders.

The Forty-Eight ($13,239) shares the 1200T’s 1,202 cc Evolution engine, but that’s where the similarities stop. Harley describes the Forty-Eight as an urban brawler, with a dense, muscular look. ABS is an option. The seat and shocks are unforgiving — lack of rear suspension travel is the cost of achieving the low-slung look. And there’s no denying it looks good. Mirrors are mounted under the handlebar, which takes some getting used to as they facilitate a clear view of the rider’s crotch. (Objects are closer than they appear, though not any larger.)

Dynas on offer include the Low Rider ($17,429) and the Switchback ($20,839), both sharing the same 1,690 cc Twin Cam 103 engine. The Low Rider is the quintessential cruiser, while the Switchback adds versatility with detachable windshield and saddlebags.

The Softail Slim ($19,499) has classic bobber lines, and its Twin Cam 103 mill pulls hard and has a robust feel. ABS is an available option. The Slim has a “Hollywood” handlebar and “cat eye” console for a retro-inspired aesthetic that delivers “swing-era swagger.” Its solo seat is utterly unkind. The hardtail look is achieved by tucking horizontal shocks into the bike’s innards, but limited travel results in jarring jolts to the spine. One tester remarks that either the bike’s tail isn’t soft enough, or he’s not slim enough. The reality is likely somewhere in the middle.

The Street Glide Special ($27,529) is the costliest bike we ride. The epitome of Harley’s “Project Rushmore,” (which we believe is an homage to the brilliant 1998 Wes Anderson film Rushmore, which stars frequent John Cassavetes collaborator Seymour Cassel) the Street Glide Special has everything you think you need to cruise in style. One focus area was improving the “infotainment” system, which features a better stereo, a full colour touchscreen display and voice recognition and Bluetooth connectivity standard. The brakes are linked and ABS is standard, as is air-adjustable suspension. Harley redesigned the fairing to reduce head buffeting, though we think room for improvement remains. But the biggest news for the Street Glide Special is its new engine; the high-output Twin Cam 103 with integrated oil cooler. Yes, those heads are air- and oil-cooled, though Harley has done its best to disguise that fact. It’s very powerful, and coupled with a slick shifting six-speed, incredibly smooth.

Then there’s the black sheep of the family, the V-Rod Muscle. Its 1,247 cc liquid-cooled V-twin is the best engine Harley makes — in fact, it’s one of the best engines in any motorcycle, period. With a claimed 122 horsepower and 86 lb-ft of torque, the mill is brutishly powerful and velvety smooth at the same time. It’s a high-revving engine, which is uncharted territory for most cruiser riders, but it’s absolutely intoxicating. The Muscle comes with a slipper clutch and standard ABS. Its ultra-wide 240 mm rear tire is visually imposing and great for straight-line traction, but makes corner turn-in ponderous. Handgrips are set wide apart, with the footpegs almost directly below them. Couple that with an uncomfortable seat set well back from the handlebar and you’ve got a riding position verging on torturous. Maybe that’s why they gave this bike such an incredible engine — if you have to be uncomfortable, you might as well get where you’re going quickly.

With very limited time on each motorcycle, our day is like a Harley speed dating session — not a real test of any one model but rather a sense of the brand as a whole. And that brand is big, solid, loud and proud. And thanks to its devoted following, it’ll be around forever. Maybe even longer.