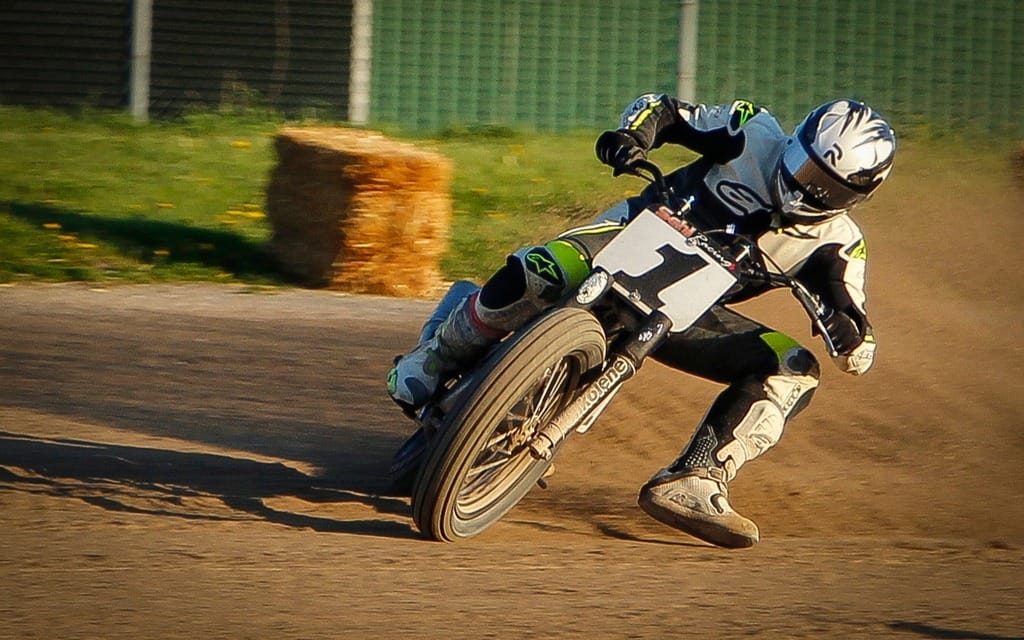 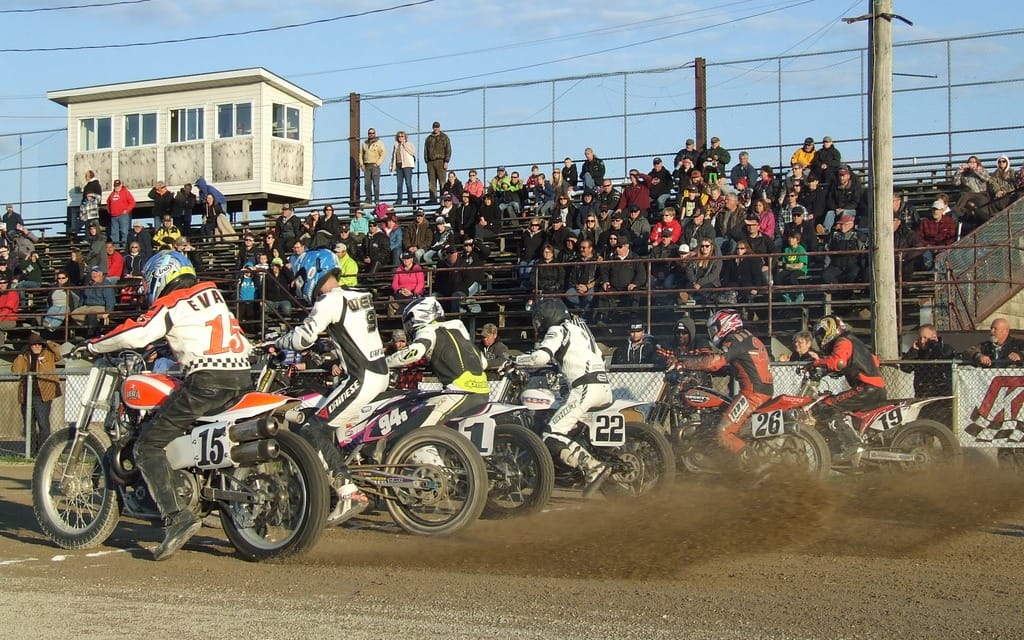 Flat track was once a prominent fixture in Canadian racing — at least that’s what I’ve been told. The sport’s popularity was already waning when I was still in Pampers, not old enough to even consider donning a steel-soled left boot. The ’90s and 2000s were a period of stagnation, but interest in flat track has recently revived. If Aaron Hesmer has his way, that trend will continue. His goal is to see flat track progress beyond its current small-scale regional cult comeback and enter a full-blown national dirt-riding renaissance.

Hesmer is the president of Flat Track Canada, a startup series now in its second season and based in southern Ontario. Classes run the gamut from four-year-olds on 50 cc machines all the way to pros on XR 750s. There’s great grassroots racing — some of these kids are seriously impressive — as well as top-tier talent. Don Taylor, seven-time CMA national champion and Flat Track Canada’s defending champ, won the season opening half-mile race in Paris, Ontario, in May. Doug Lawrence is also a regular when he’s not racing south of the border in the AMA Pro Flat Track Grand National Championship series. The participation of these riders lends credibility to Flat Track Canada and suggests it’s something to be taken seriously.

Starting a series from scratch is an enormous task and requires huge investments of money, time, and effort. Why take all that on? “There was a demand for it,” Hesmer says. “I got into promoting flat track at the Paris Speedway in 2010, before Flat Track Canada was even thought of. I saw that there was huge growth and it was changing the future of flat track by introducing a ton of kids to the sport. It’s going to grow if you focus development at the grassroots level.” The expansion of grassroots flat tracking isn’t just happening in Ontario; according to FlatTrackCanada.com, there are also active organizations in Quebec and Alberta. Hesmer would like to eventually see these separate groups working together to develop a unified national championship series.

It’s still in its infancy, but from 2013 to 2014 Flat Track Canada has experienced substantial growth. “We’ve basically doubled the schedule,” Hesmer says. The series has already made stops in Paris, Burford, Welland, Leamington and Wheatley. There are three events in August: the 2nd in Woodstock, the 23rd in London, and the 30th in Paris. Wheatley hosts the season finale on Sept. 13.

For Hesmer, the London race is huge. “Western Raceway is probably one of the best facilities in the world,” he says. “It’s a great opportunity because we’re partnering with the Western Fair District to promote the race, so I’m confident that we can get a lot of spectators.” The series has also added some big name sponsors this year, notably Parts Canada and Deeley Harley-Davidson. “We’ve been able to start relationships that will hopefully develop into bigger things later on,” Hesmer says. “We’re trying to open new doors and new opportunities for flat track by getting more of the industry involved.”

Things are going well, but Hesmer has high expectations. “I feel like there’s so much more that could be done,” he says. “There’s a lot left to improve and we’re nowhere near the point I want us to be, but we’re on the right track.” In this case, the right track is a flat track.