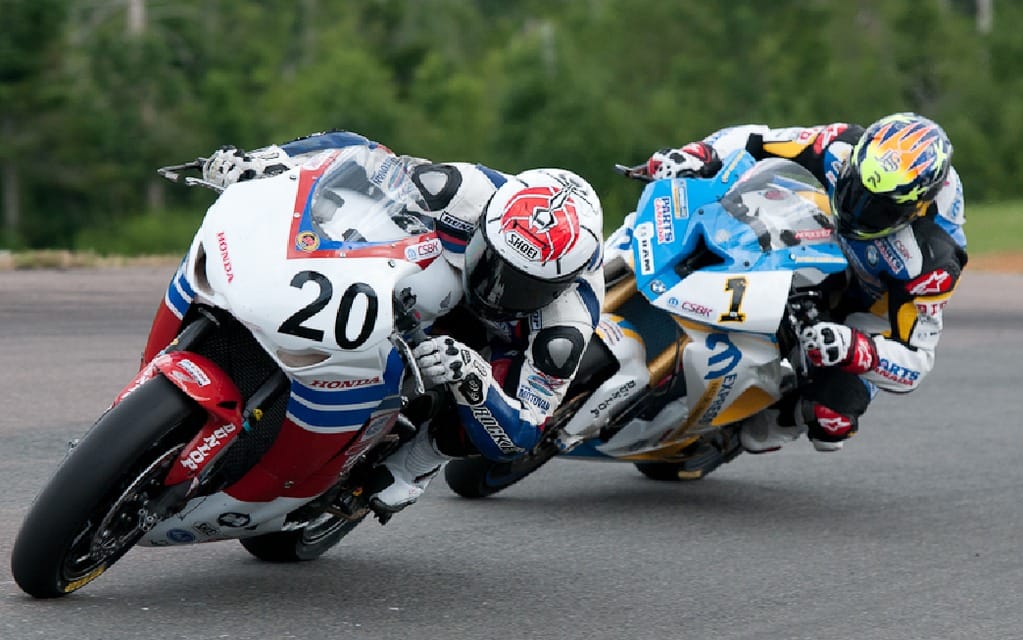 The 22-year-old had a solid start and took an early lead, though defending CSBK champion Jordan Szoke (Waznie Racing / BMW Motorrad / Mopar Express Lane) kept things close for the first 17 laps. Szoke then made a pass on lap 18, with Christie returning the favour late on lap 21. Szoke again took the lead on the last lap and looked to have the race in the bag. But Christie made a daring move on the final corner and got a good drive to the line, narrowly beating out Szoke by 0.109 seconds. Franklyn Dominguez (OCM Motor Sports / egopay.com) rounded out the podium, finishing 36.087 seconds back.

For full results from CSBK’s third round, click here.

The 2014 CSBK season closes out with a double-header weekend at Canadian Tire Motorsport Park in Bowmanville, Ontario, on August 16 and 17.