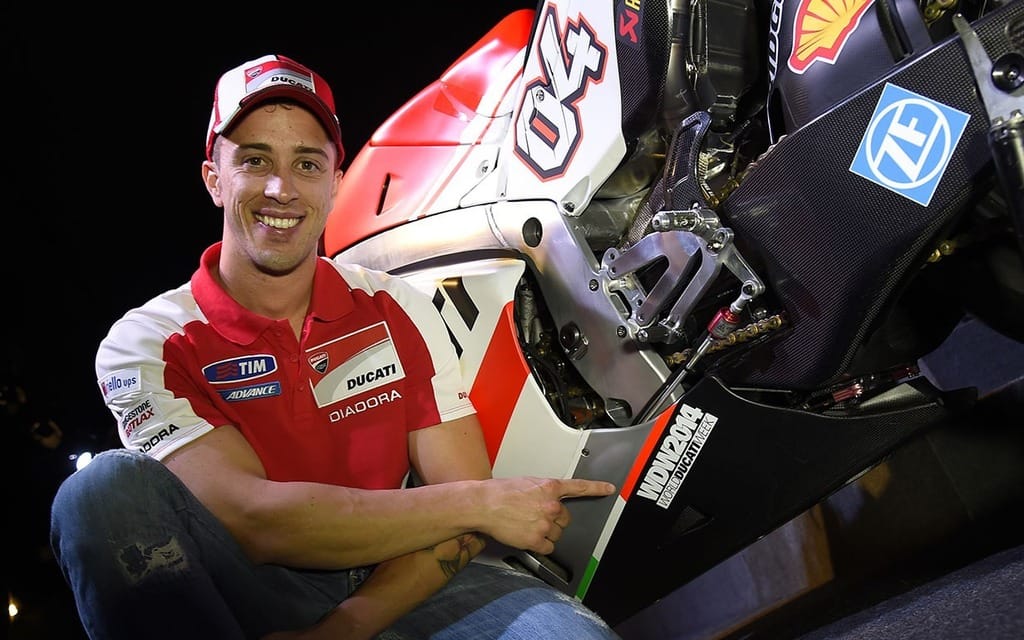 Andrea Dovizioso will be riding in red for another two years. The Italian has renewed his contract with Ducati’s MotoGP team through the 2016 season, the announcement being made at last weekend’s “World Ducati Week” event.

“We’ve reached an agreement,” Dovizioso said, “and this is because it’s an interesting project which is beginning to bear fruit. We’ve had two podiums already this season and we are fourth in the World Championship. The current situation is really exciting, especially with the plans for 2015 in mind.”

Claudio Domenicali, director of Ducati Motor Holding, also commented: “Andrea has been with us for two years now and has shown his belief in this project. After a difficult 2013 he has given us two podiums this year. He is our best rider. It’s a great honour for me to announce that he has decided to continue with us for two more years.”