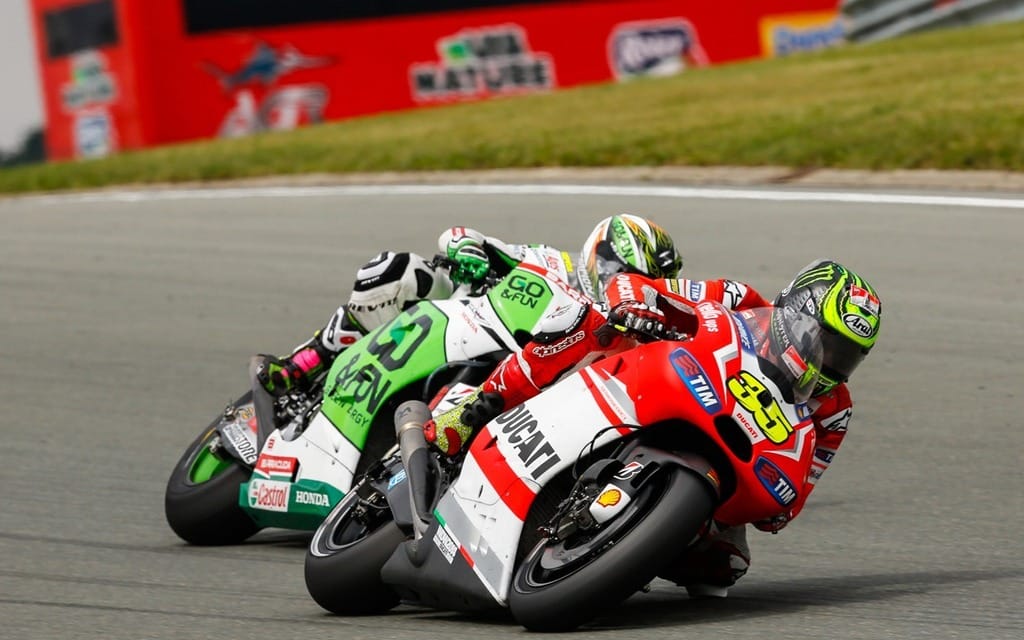 The Ducati rider has a history of arm pump, and the surgery was no surprise (deemed necessary from scans in May, though delayed until the summer break). He’s expected to compete in the Indianapolis Grand Prix in early August, though how fit he’ll be is impossible to predict.

The surgery, it seems, hasn’t dampened Cal’s spirits. Crutchlow took to Twitter on Wednesday posting a photo of himself and his wife Lucy in a pool with the caption, “Can’t dip my arms in but can still go in.”