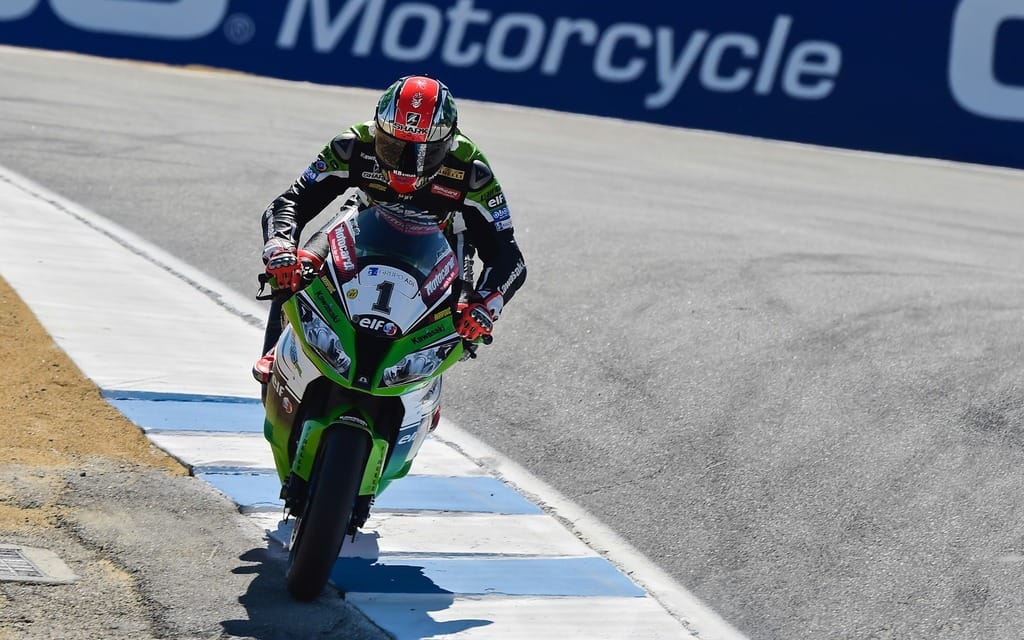 Sykes led early on in Race One, but a mistake at the Corkscrew allowed Aprilia teammates Melandri and Sylvain Guintoli through by the end of lap one. The three then gapped the pack, with Melandri proving too much for his teammate to match. Guintoli finished 0.905 seconds back in second, while Sykes settled for third, 6.627 seconds behind.

Tom Sykes adds to his lead in the overall standings, now sitting with 325 points. Sylvain Guintoli is second overall with 281 points, and Jonathan Rea moves into third with 261.

The next round of WSBK is September 7 in Jerez, Spain.