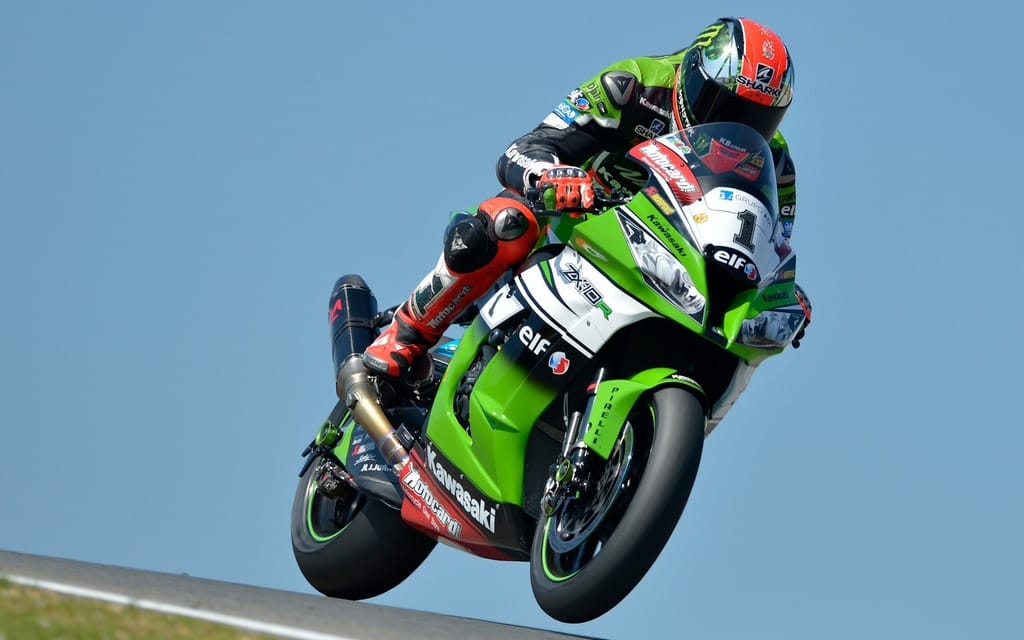 Aside from a few drops, the rain held off for Race One. Rea had the holeshot and led for the first three laps, though both Sykes and Marco Melandri (Aprilia Racing) passed him on lap four. Sykes then did what Sykes does, buggering off and opening a gap of 2.539 seconds for the win. Fans were, however, treated to a thrilling six-way battle for the remaining podium positions. Aprilia’s Sylvain Guintoli took second, while Loris Baz claimed third, 3.175 seconds behind his Kawasaki teammate.

The skies opened up for Race Two and Jonathan Rea took to the wet conditions like a duck to water – which seems only natural, being a native of Northern Ireland. Rea got out to a big lead, though the gap quickly closed once Guintoli and Melandri found their sea legs on the Aprilias. Then, in the latter stages, the Aprilia teammates collided and crashed at turn five (Guintoli was able to remount and would finish seventh). Rea was then all but assured the win, while the Ducatis of Davide Giugliano and Chaz Davies took second and third, 6.817 and 8.676 seconds back, respectively. For full results from Portimao, click here.

Tom Sykes continues to lead the overall championship with 284 points. Sylvain Guintoli sits seconds with 241, while Loris Baz is third with 236.

The next round of World Superbike goes July 13 at Laguna Seca, California.