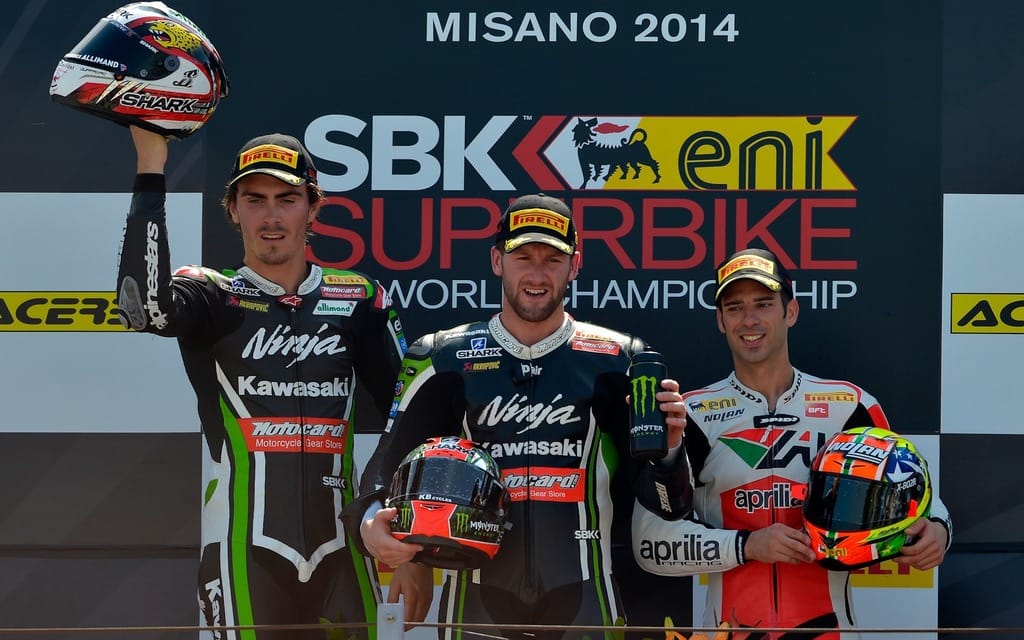 Toni Elias (Red Devils Roma Aprilia) got the holeshot in Race One, but Sykes was able to pass him on the first lap and would not relinquish the lead for the remainder of the race. Sykes’s teammate Loris Baz finished 5.012 seconds back in second, while Aprilia Racing’s Marco Melandri was third, 6.417 seconds behind.

Race Two was more of the same, with Sykes getting the lead and pulling away to win by a comfortable margin of 3.083 seconds. Loris Baz claimed another second-place finish after an intense battle with Marco Melandri, who finished third, 3.413 seconds behind the winner. For full results from Misano, click here.

With the double Tom Sykes increases his lead in the overall championship, now with 251 points. Sylvain Guintoli (Aprilia Racing Team) still sits second overall with 212 points, while Loris Baz moves up into third with 210.

The next round of WSBK goes July 6 in Portimão, Portugal.