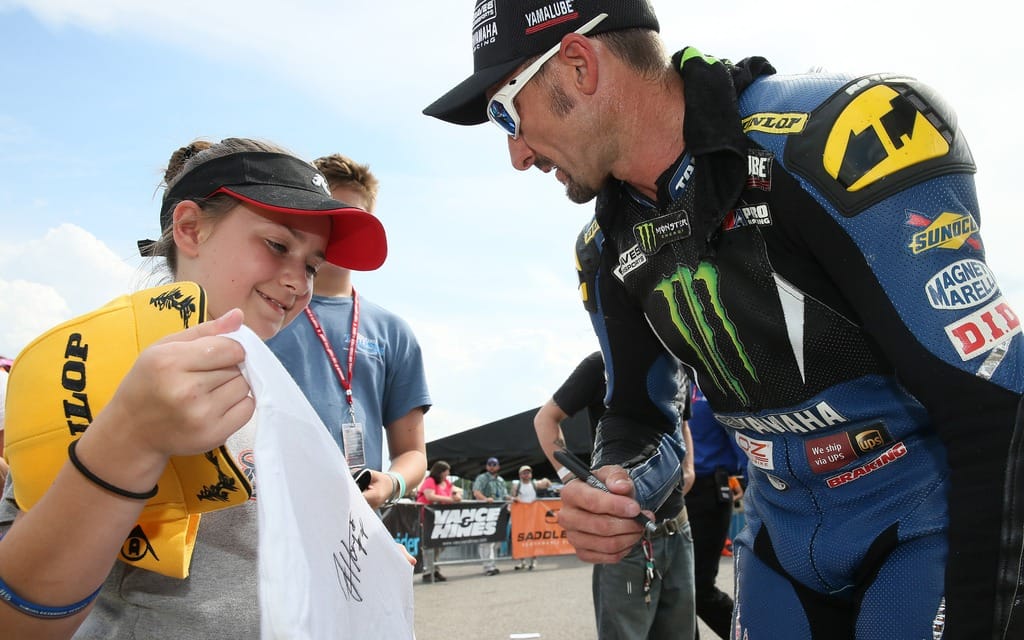 Hayes gets the double at Barber

Josh Hayes (Monster Energy Graves Yamaha) showed why he is a fixture of the AMA Pro SuperBike series last weekend, winning both races at Barber Motorsports Park in Birmingham, Alabama.

Conditions were hot and greasy, though that didn’t seem to faze Hayes in Race One as he got the victory by a commanding margin of 12.057 seconds. David Anthony (ADR Motorsports/Sic/Motul/Fly Racing) took second, while Chris Clark (Yoshimura Suzuki Factory Racing) was third, 17.999 seconds behind.

Hayes had a good start in Race Two and was able to stretch out a lead, taking the win by a comfortable 7.807 seconds ahead of Martin Cardenas (Yoshimura Suzuki Factory Racing). Hayes’s Yamaha teammate Cameron Beaubier finished third, 12.305 seconds back. For full results from Barber, click here.

Josh Hayes takes the lead in the overall championship with 145 points. David Anthony and Roger Hayden (Yoshimura Suzuki Factory Racing) are second and third with 116 and 113 points, respectively.

The next round of AMA is July 11-13 at Laguna Seca in Monterey, California.