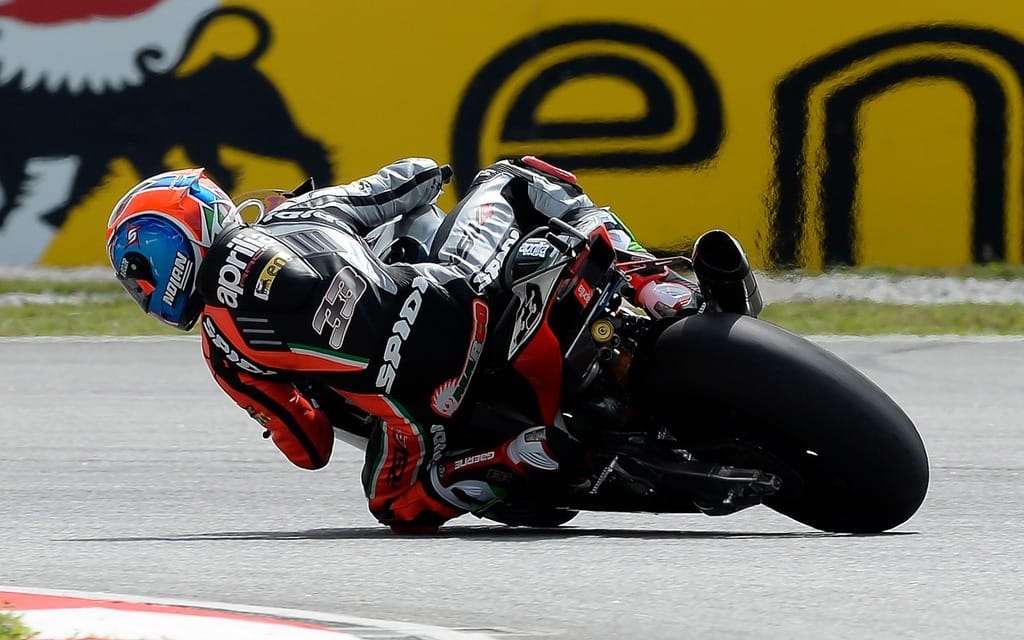 Marco Melandri had a dominant day in Malaysia on Sunday, taking both race victories in World Superbike’s first ever round at the Sepang circuit.

The Italian got his first win of 2014 in Race One, though his Aprilia Racing teammate Sylvain Guintoli made the task a difficult one. Kawasaki teammates Loris Baz and Tom Sykes got tangled up and crashed out of the race, creating a gap to the front. Melandri and Guintoli exchanged the lead multiple times down the stretch. Melandri hung on for the victory, with Guintoli finishing 0.620 seconds behind. Eugene Laverty (Voltcom Crescent Suzuki) won a three-way battle for third, crossing the line 12.865 seconds adrift.

After a red flag and restart in Race Two – caused by a technical problem with Claudio Corti’s MV Agusta that resulted in a small fire – it was another thrilling battle between the Aprilia Racing teammates. Melandri and Guintoli swapped the lead several times on the final lap, with Melandri once again beating out Guintoli for top spot by 0.166 seconds. After crashing out in the opening race, Tom Sykes made amends with a third-place finish in Race Two, 2.689 seconds back. For full results from Sepang, click here.

The next round of WSBK goes June 22 at the Misano circuit in Italy.