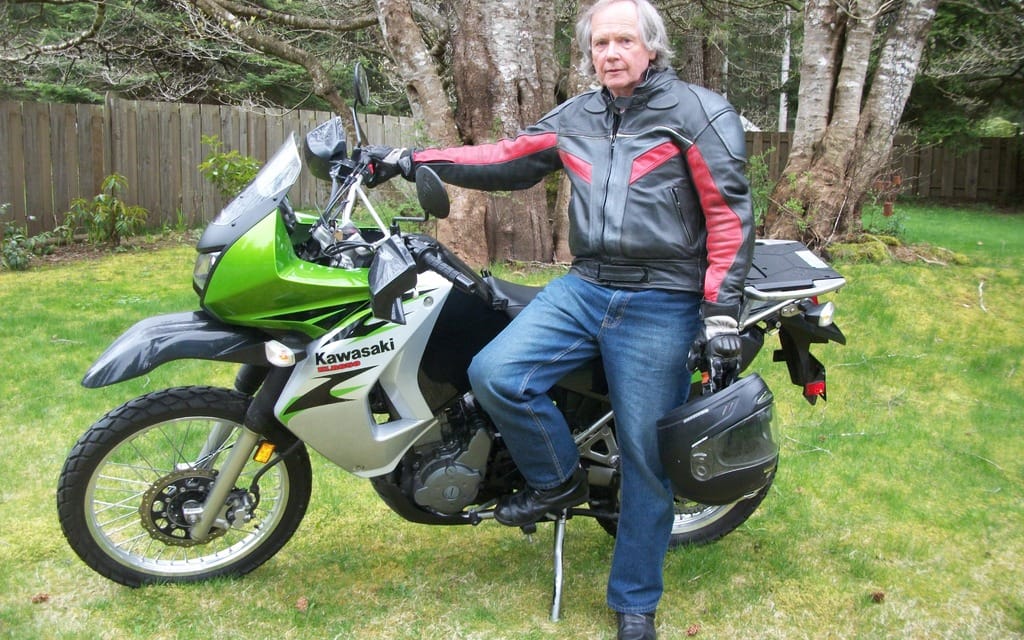 Everyone has a first motorcycle story. Thinking back on mine, March 1963 seems like another world. I had taken a year off from education—formal education, that is — and was working at an engineering firm as a junior draftsman and general gopher. I was better at gophering. Flush with cash and passionate about all forms of mobility, I had to have a bike.

A 250 BSA Scrambler advertised in the Vancouver Sun seemed like the hot setup. It was a handsome bike; nice proportions, lots of chrome and the big BSA star on the blue fuel tank. The seller assured me that the right thing had been done with the ignition system; the wimpy points/coil setup had been replaced with a great whacking magneto. No more weak spark problems with this baby. The BSA cost a mere $700, though lust distorts one’s sense of value (the same amount of money sustained me the next year at university).

My buddy Rob came with me to pick up the bike, and would drive my VW Beetle home behind me. Kick starting the BSA was a challenge. A couple of backfires tore the skin off my ankle. Then it lit. The muffler was a piece of copper pipe stuffed with steel wool and necked down at the outlet end to hold it in. Most of this rusty mess was spewed out by the thumper’s exhaust pulses as we pulled out of the driveway. The seller, with my cash in hand, looked relieved to see it go.

Of course, motorcycle education had yet to be invented. Hell, the thing had two wheels, it couldn’t be all that different from a bicycle. Throttle, clutch, front brake, right-side gear change, left-side rear brake — piece of cake. It seemed to have a bit of a misfire at higher rpm — nothing that I couldn’t fix, I reasoned. A speed of 30 mph was just achievable in top gear before the misfire began. But I was satisfied. More than that, I was joyous. Nothing could spoil that first ride.

With Rob following in the Beetle, we thumped around West Vancouver’s Marine Drive until we caught up to a Fiat 600 going up the hill at Fisherman’s Cove. Those Fiats were small, trusty cars, and were much favoured by young ladies at the time. They were cheap (the Fiats, not the ladies), cute (the Fiats and the ladies), and churned out about 24 horsepower.

With testosterone flowing, I set up to pass. I pulled out, shifted into top gear and got alongside. Like a fibrillating heart, the engine’s rhythm deteriorated into a cacophony of random explosions, while great gouts of flame belched from the exhaust. The young lady behind the wheel of the Fiat looked out at the madman beside her, leering from behind RAF-surplus split-lens goggles, and nailed the brakes. Rob, following in the Beetle, just missed rear-ending her.

That BSA had a hot spark, all right. In fact, it had two of them for every 720 degrees of crankshaft rotation; one on the intake stroke, the other on the power stroke. The magneto shaft was a two-piece assembly with a long through-bolt that allowed me to make the necessary gross adjustment to get a spark somewhere around TDC on compression. However, there was no spark-advance mechanism, so timing had to be an average setting that allowed for reasonable starting and some semblance of performance further up the rev range. What made the whole thing ultimately fruitless was the fact that the magneto was a massive device with its centre of gravity off to the side of the shaft centre-line. The clamp meant to hold the little stock distributor was simply not up to the task of keeping the magneto in one place. When riding, the magneto would slowly vibrate out of adjustment, retarding the timing until performance plummeted.

Despite the hopelessness of its plight, the little 250 was willing and gave moments of exhilaration. But when I was offered $400 for it I quickly filled out the transfer papers — none too soon, it turned out. Some months later I heard it had exploded at 31st Street and Marine Drive. To this day, I give the BSA a kind thought when I pass through that intersection.