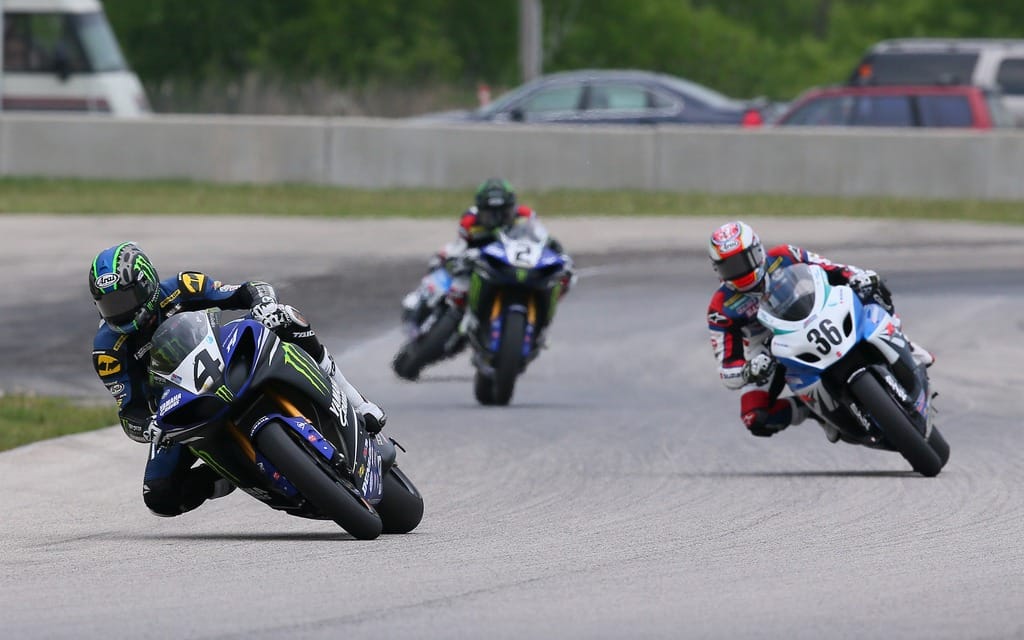 Beaubier had the upper hand in Race One on Saturday, fighting back from a gap of 1.604 seconds in the final four laps and passing Hayes on the last lap of the race. Beaubier was able to hold off Hayes and hang on for the win by a slim margin of 0.306 seconds, while Martin Cardenas (Yoshimura Suzuki) finished third, 15.250 seconds adrift.

Poor weather in the form of heavy rain was a big factor in Race Two on Sunday, the race being stopped two times before finally ending with a red flag on the final lap. Josh Hayes took the win, with David Anthony (ADR Motorsports) finishing second – his first podium in Pro SuperBike. Roger Hayden (Yoshimura Suzuki) took third.

Cameron Beaubier and Roger Hayden are now tied for first overall with 89 points, though Josh Hayes isn’t far behind with 85.

The next round of AMA Pro SuperBike goes June 21-22 at Barber Motorsports Park in Birmingham, Alabama.