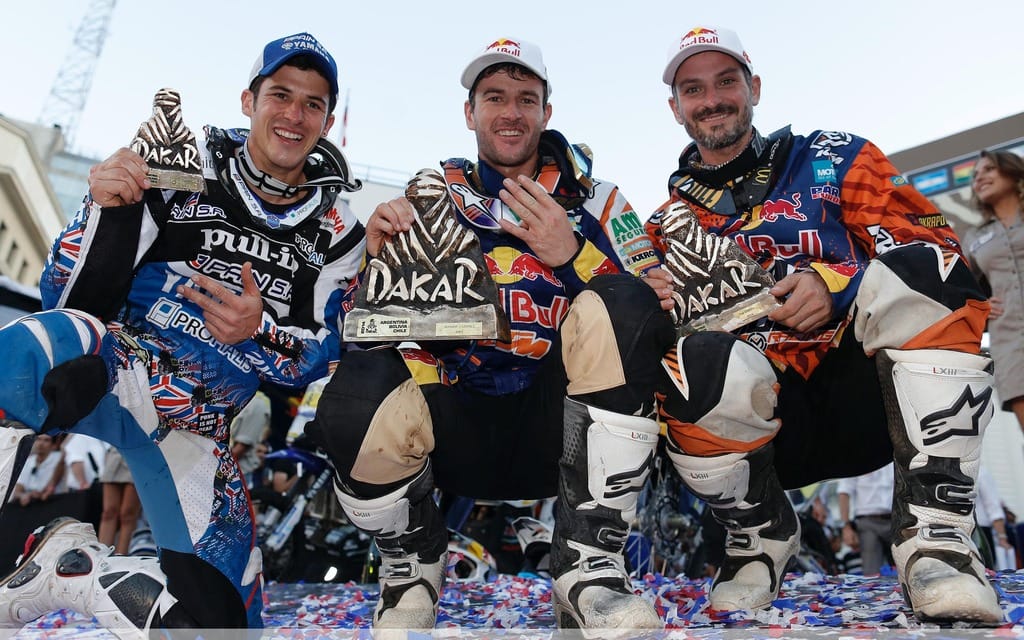 Cyril Despres decided he’d rather race a Peugeot in the 2015 Dakar Rally, leaving Yamaha with a top spot to fill. They’ve decided to promote from within the ranks, recently confirming Olivier Pain and Michael Metge for next year’s rally.

Pain had a very successful 2014 Dakar, finishing third overall, and has even higher hopes for next year. “My new goal is clearly to get my first overall win in 2015,” the Frenchman said. “I’m really excited to work on this new project with Yamaha and we are on exactly the same wavelength.”

Metge is now freed from his role as support rider for Cyril Despres and relishes the opportunity. “Being a support rider for Cyril Despres was a great option to improve through intermediate,” Metge said. “He taught me some skills and told me how to work on my weaknesses. I’m ready to maximize the experience, now liberated from my previous function.”