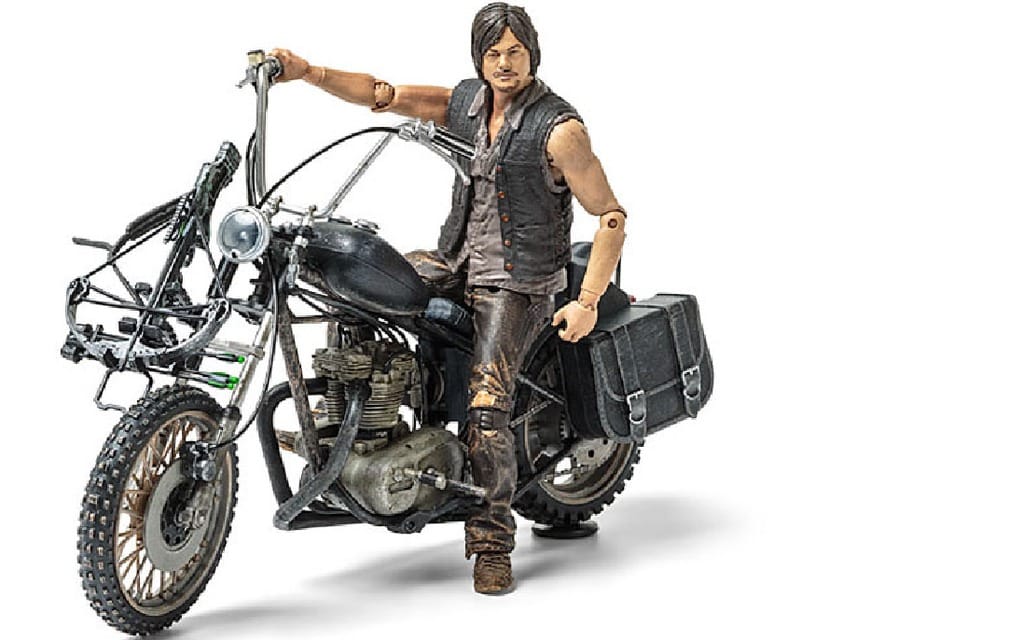 AMC’s The Walking Dead, a television series about the struggle for survival in a zombie-ridden post-apocalyptic world, is hugely popular and will be entering its fifth season in October 2014. In the show Daryl Dixon, played by Norman Reedus, rides a motorcycle. Naturally, there is an action figure.

Thinkgeek.com is now offering the “Walking Dead Daryl Dixon on Motorcycle Figure.” The five-inch figure comes complete with motorcycle, hunting knife and crossbow – the weapon of choice for fending off “walkers” – and has 20 points of articulation. The bike has a functional kickstand, spinning wheels and removable saddlebags.