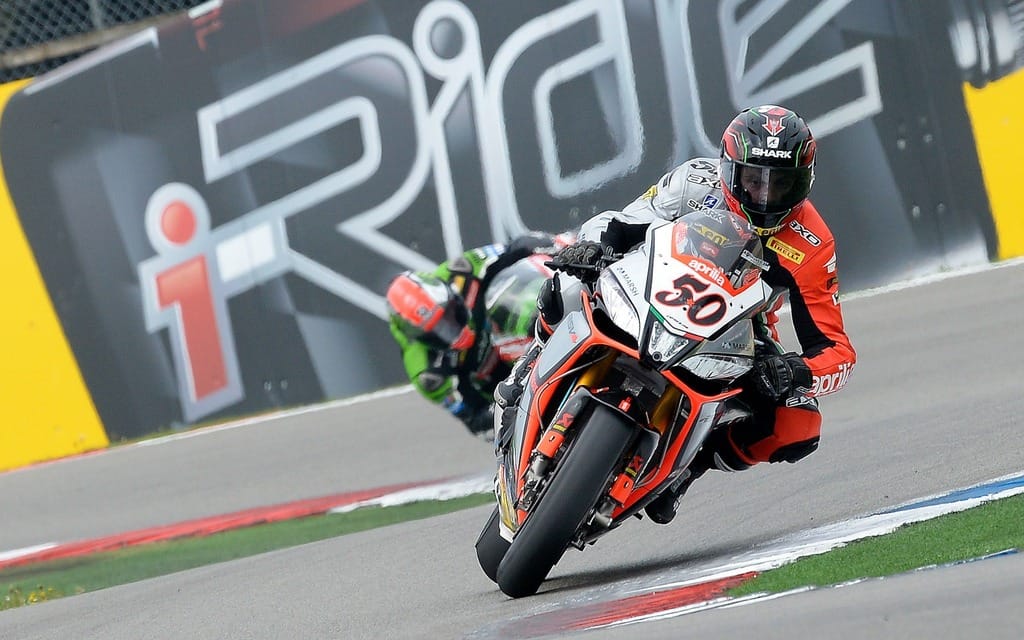 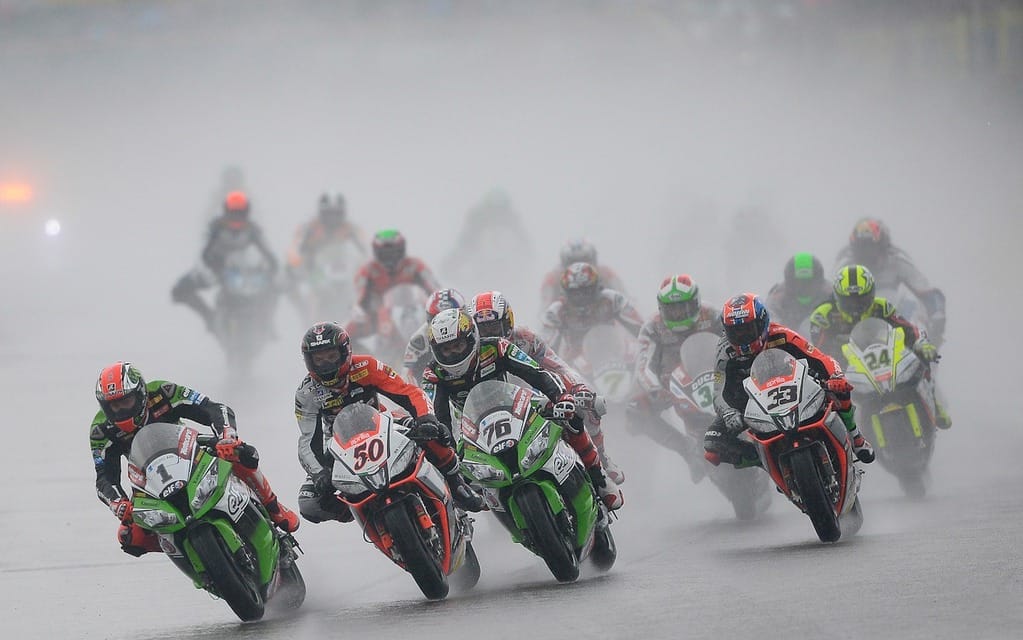 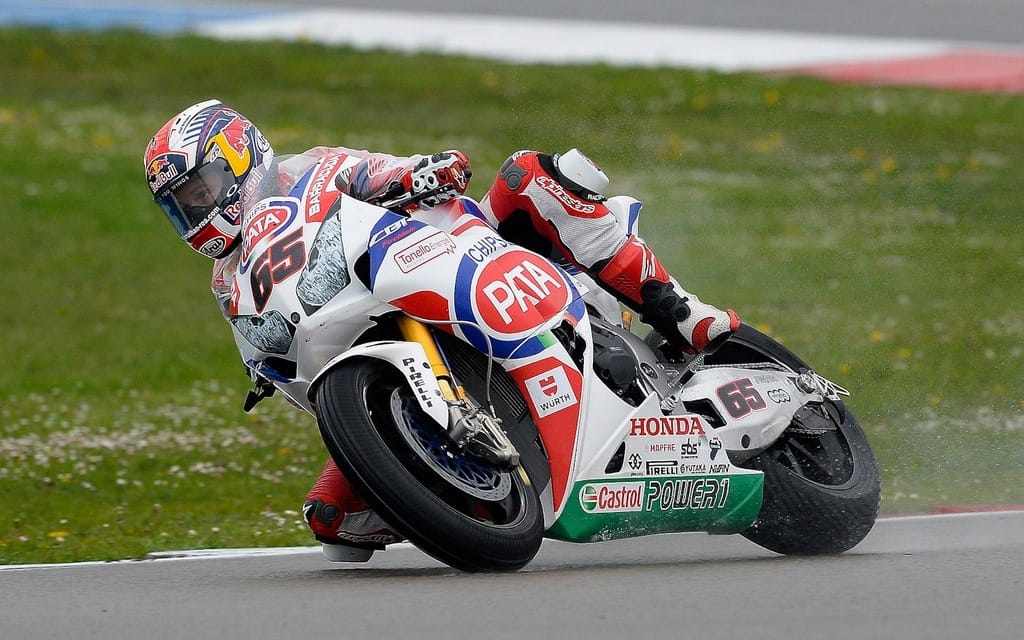 Guintoli took the hole-shot in the opening race, which would turn out to be a rather lonely ride for the Frenchman. Tom Sykes (Kawasaki Racing) was closing in the latter stages, but drops of rain and threatening skies caused the race to be red-flagged before he could challenge for the lead. Sykes settled for second, 1.259 seconds back, while Jonathan Rea narrowly edged Loris Baz (Kawasaki Racing) for third, 4.116 seconds behind the winner.

The clouds opened up during the second race, resulting in a lengthy delay and a reduced race distance of 10 laps at the restart. Jonathan Rea excelled in the dodgy conditions and claimed the win, beating fellow Brit Alex Lowes (Voltcom Crescent Suzuki) by 2.222 seconds. Ducati’s Davide Giugliano finished third, 4.955 back of the winner. For full race results, click here.

Despite starting from pole position, Loris Baz finished off the podium in both races (fourth in the first race, seventh in the second).

The next round of WSBK is on May 11 at Italy’s Imola circuit.