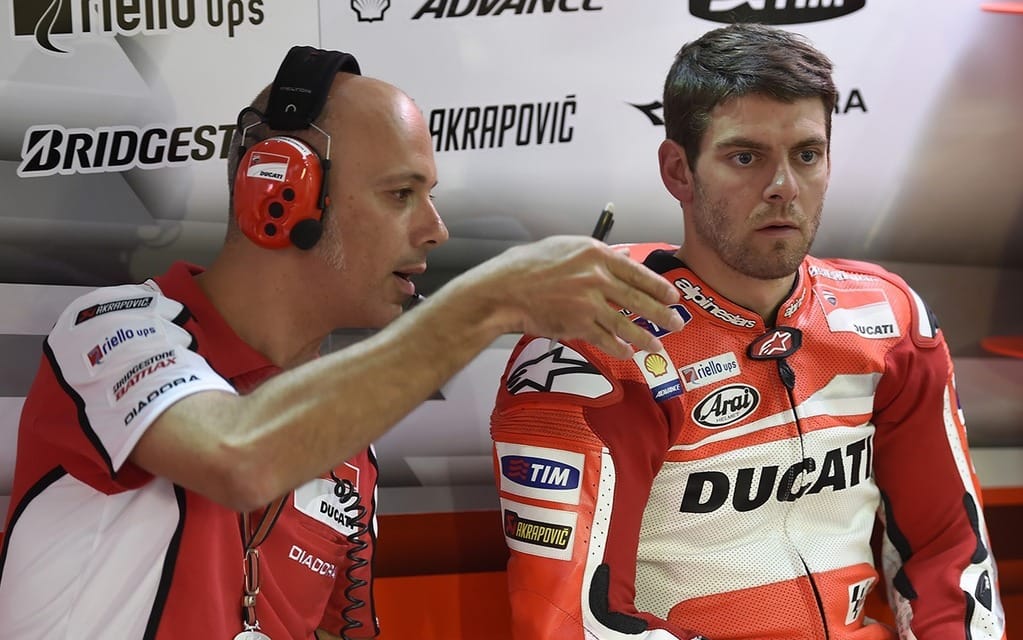 Crutchlow replaced by Pirro in Argentina

Ducati Team rider Cal Crutchlow will be unable to compete in MotoGP’s upcoming round in Argentina due to a fractured finger. Michele Pirro, Ducati’s test rider, will substitute for Crutchlow at the event.

Crutchlow sustained the injury during a crash at the previous race in Austin, Texas. The initial diagnosis was a dislocated little finger on his right hand, though more thorough examinations revealed a small fracture. The Brit then underwent an operation to insert a stabilizing pin.

“I am very sad to let the team down like this,” Crutchlow said. “Unfortunately, I’m still feeling too much pain in my right hand. My knuckles are the most painful part and I’m not in condition to race this weekend.”

Though he’s unable to race, luckily the injury has not affected his ability to sip tea in the customary pinkie-straight British fashion. There’s been no word yet on when Crutchlow will return to competition.