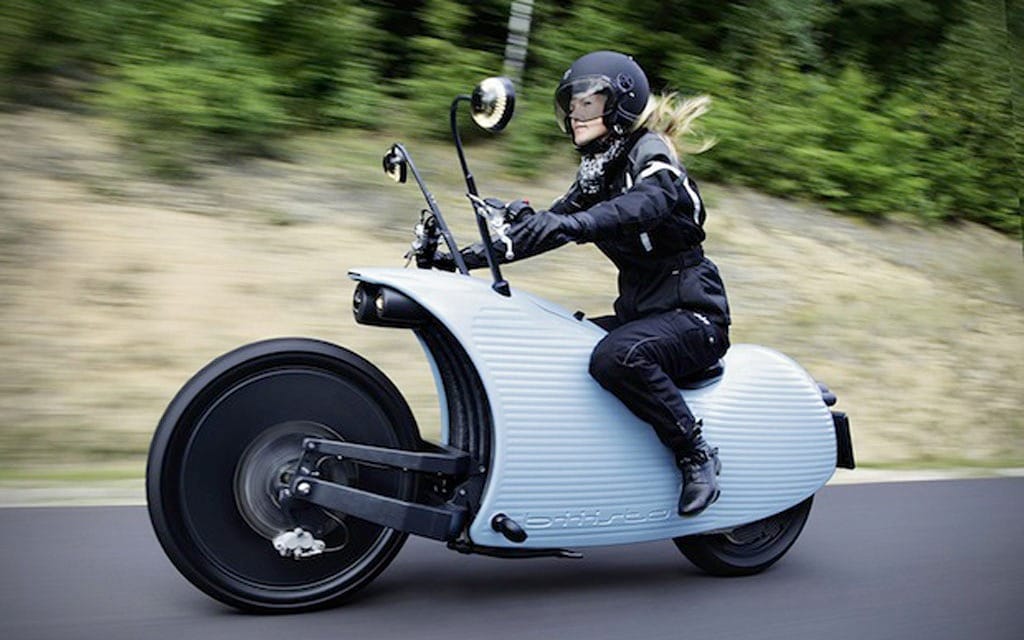 A German designer has shown an electric motorcycle that looks like no other.

The Johammer J1 is driven by an electric motor that’s integrated with the rear wheel and employs hub-centre steering with a double-wishbone suspension.

Mirrors incorporate a high-resolution display that shows speed, range, and other information.

By far the oddest aspect of the motorcycle is its appearance: somewhat buglike, with a large fairing shroud occupying most of the machine’s external form and tall, antennae-like mirror stalks.

The Johammer J1 was created by Johann Hammerschmid and will be priced at around $32,000.