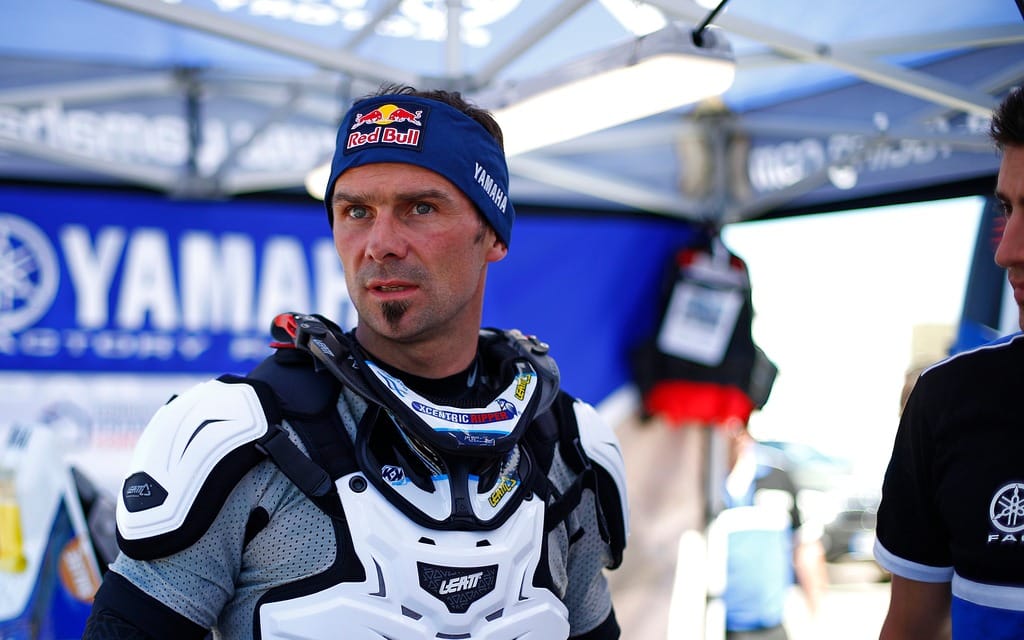 Cyril Despres is no stranger to the Dakar – he’s won the rally five times – and fans are used to seeing his name atop the motorcycle class leaderboard. That will be changing in 2015.

The Frenchman will race a car in next year’s Dakar, trading in his Yamaha for a Peugeot. Despres is teaming up with 2010 Dakar winner and two-time World Rally champion Carlos Sainz for next year’s race effort, Peugeot’s first attempt at the rally in 25 years.

Despres was in the first year of his association with Yamaha and was on the verge of prolonging his contract for next season, but the Peugeot offer caused a major change of plans. “Such an opportunity only comes once in a career,” Despres said. “However, because I made a commitment with Yamaha I will continue to share my knowledge and experience with the young Yamaha rally-raid riders. Peugeot have allowed me the possibility to train on a motorcycle and to take part in two or three races per year with Yamaha.”

“We can but respect the interest that a large car manufacturer like Peugeot takes in a motorcycle rider like Cyril Despres,” said Eric de Seynes, operational director of Yamaha Motor Europe. “We will have to adapt our plans moving forward. Cyril will remain a motorcycle ambassador of Yamaha, and will bring us his support as we continue to challenge with our rally-raid development program.”