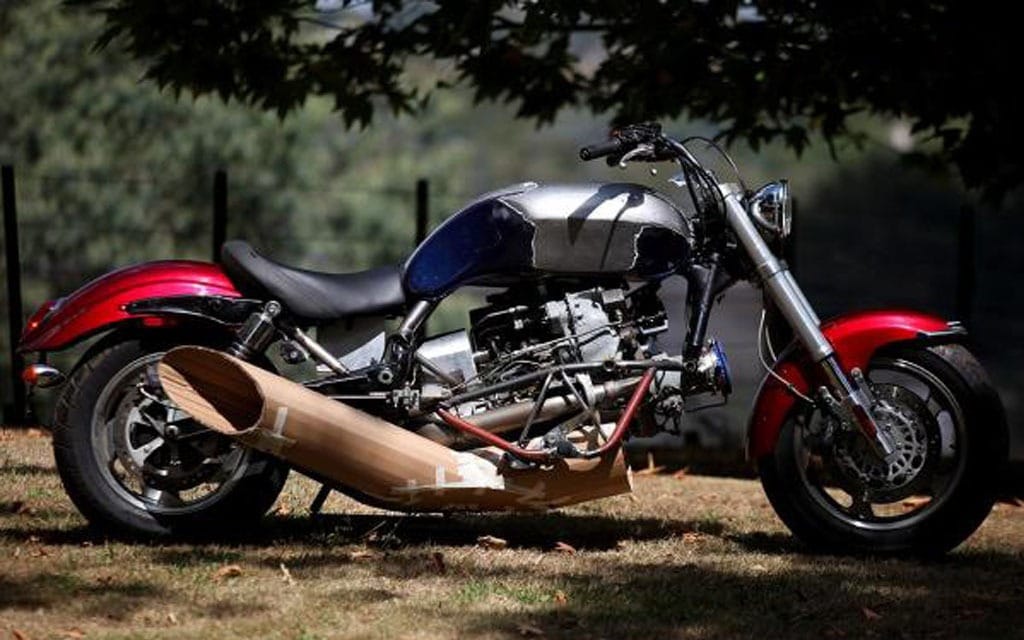 A New Zealand helicopter technician and motorcycle rider is putting his two interests together in an unexpected way: he’s building a motorcycle powered by a helicopter engine.
Chris Minnee of Cambridge, New Zealand, has ridden motorcycles for decades and owns a helicopter maintenance company, according to a story in www.stuff.co.nz. His current project involves mating the frame from a Triumph Rocket III and a Rolls-Royce/Allison helicopter turbine.
He’s been working on it for three years and hopes to have a complete package ready for testing this year. He says riding the copter-bike will be a particularly serious challenge, but he’s going to make it work.
Getting past local noise regulations, however, may be an insurmountable problem.