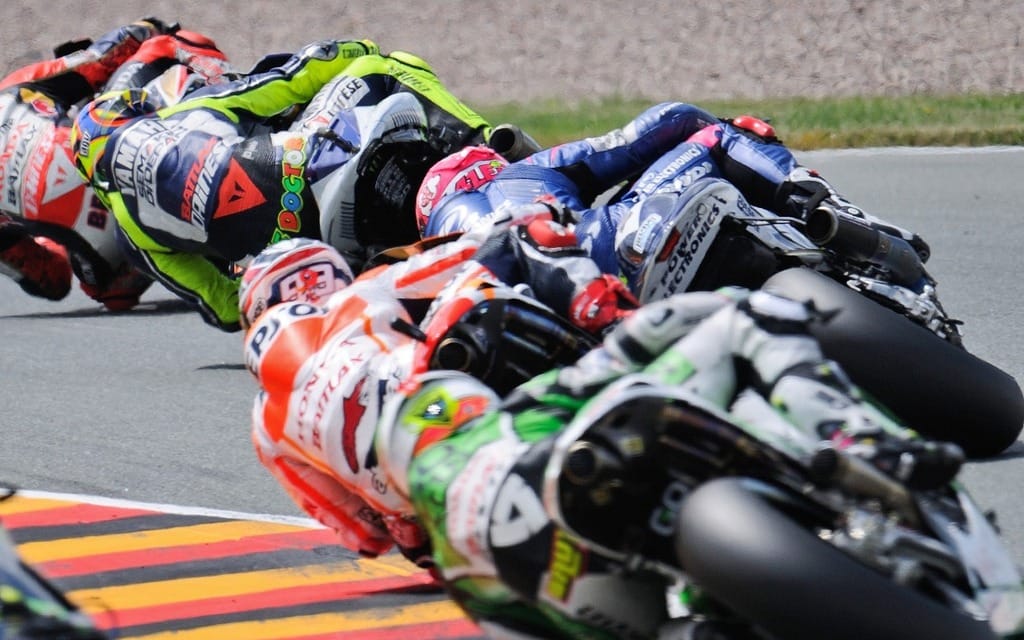 Just days ahead of the 2014 season opener in Qatar, the Grand Prix Commission has announced changes to MotoGP class regulations. These changes can largely be attributed to Ducati’s switch from Factory to Open status, and the resulting discontent the move caused amongst some manufacturers and teams.

The updated regulations are as follows:

1. The Championship ECU and software will be mandatory for all entries with effect from 2016.

All current and prospective participants in the MotoGP class will collaborate to assist with the design and development of the Championship ECU software.

During the development of the software a closed user web site will be set up to enable participants to monitor software development and to input their suggested modifications.

2. With immediate effect, a Manufacturer with entries under the factory option who has not achieved a win in dry conditions in the previous year, or new Manufacturer entering the Championship, is entitled to use 12 engines per rider per season (no design freezing), 24 litres of fuel and the same tyres allocation and testing opportunities as the Open category. This concession is valid until the start of the 2016 season.

3. The above concessions will be reduced under the following circumstances:

Should any rider, or combination of riders nominated by the same Manufacturer, participating under the conditions described in clause 2 above, achieve a race win, two second places or three podium places in dry conditions during the 2014 season then for that Manufacturer the fuel tank capacity will be reduced to 22 litres. Furthermore, should the same Manufacturer achieve three race wins in the 2014 season the manufacturer would also lose the right to use the soft tyres available to Open category entries.

In each case the reduced concessions will apply to the remaining events of the 2014 season and the whole of the 2015 season.