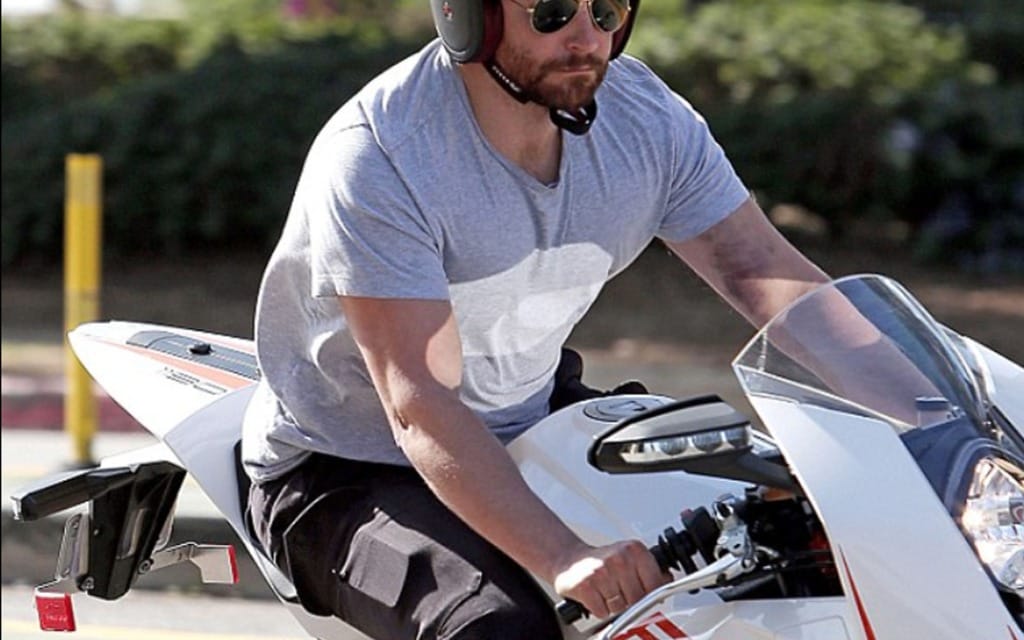 When British website mailonline published a story about actor Bradley Cooper being seen on a KTM 1190 RC8 R on Los Angeles roads, the conversation was all about the bruise on his arm, his girlfriend’s dress, and his next movie.
Never mind that the actor, whose performance in “Silver Linings Playbook” garnered serious attention, was barely dressed for his ride on a superbike. Cooper was spotted with a nasty welt on the left inner arm that looks like a motorcycle might have tipped over on him in a garage. He was wearing an open-face helmet and sunglasses. Jacket? No. Gloves? No. Leather pants? Don’t be silly. We can assume he had something better than flip-flops on his feet, but the photograph doesn’t show.
At least the motorcycle looked good. Remember Betty Grable’s million-dollar legs? Time was, a studio wouldn’t let a star of Mr. Cooper’s calibre out on the sidewalk where he might step in something nasty; nowadays, they get to ride superbikes around in their shorts. Maybe that just means nobody’s irreplaceable anymore. Or maybe scars are sexy again.