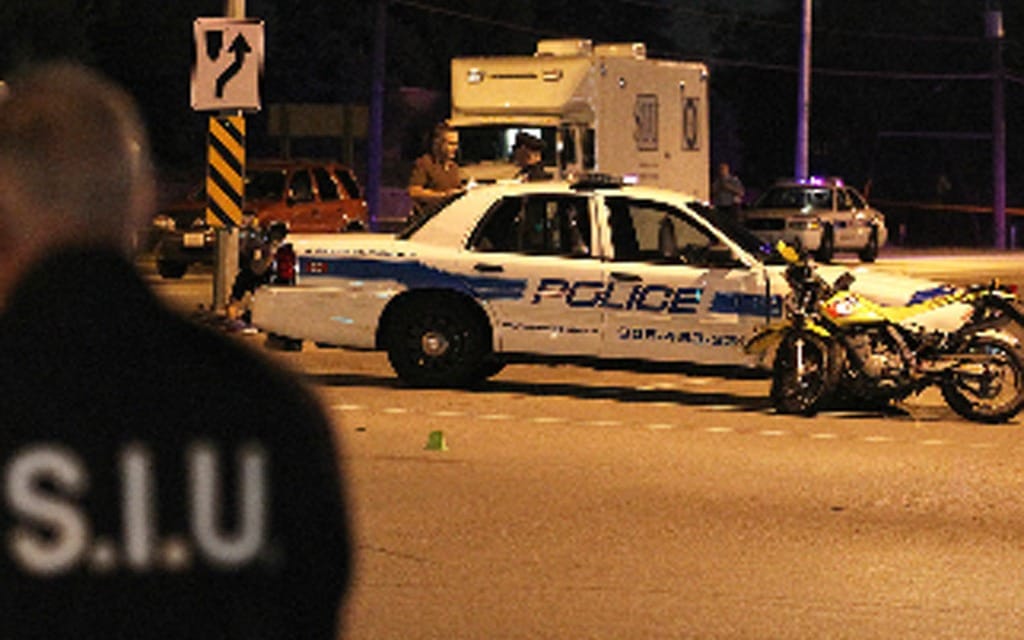 Hamilton cop did not cause crash

A motorcyclist who crashed into a guardrail while fleeing police last August in Hamilton, Ontario, wrote his own ticket, investigators have said.
When a police officer operating a radar gun spotted a motorcycle moving at 142 km/h, he gave chase with lights activated, according to the SIU, which is Ontario’s Special Investigations Unit, a civilian agency that investigations possible police misdeeds. The motorcyclist did not stop, and crashed into a guardrail as he was trying to exit the highway. The SIU reports says there were skidmarks about 14 metres long, presumably left by the motorcycle, but there was no evidence of collision between the police vehicle and the motorcycle.
The rider was taken to hospital with serious injuries, but news agencies do not appear to have followed up on his condition or treatment. A commenter on the story in www.thespec.com notes that “if the rider suffered a permanent limp as a result of this, that would be justice.”
The police officer did not cause the motorcyclist to crash, the SIU found.