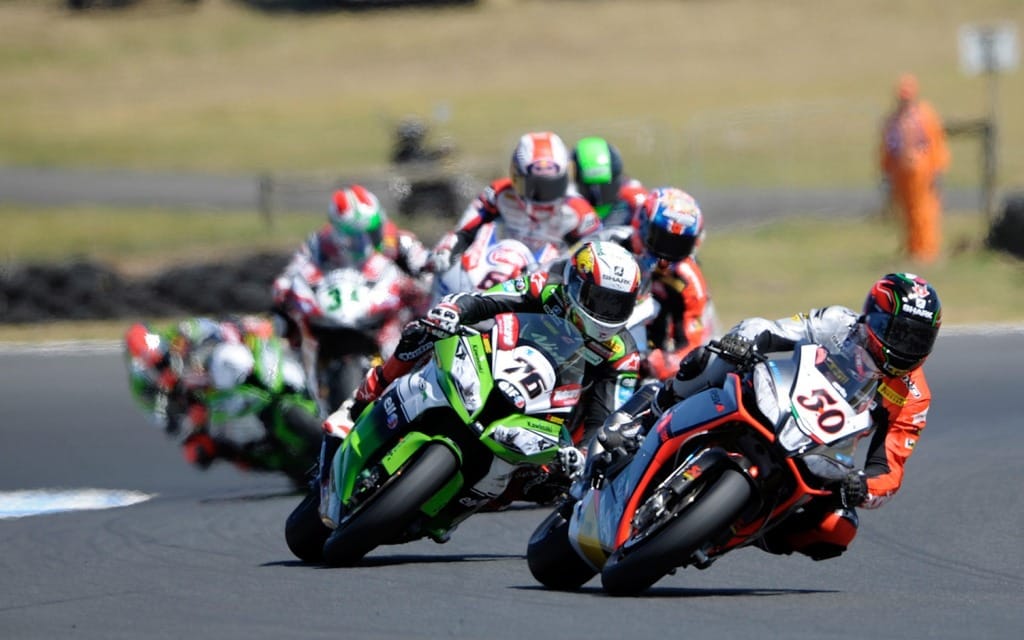 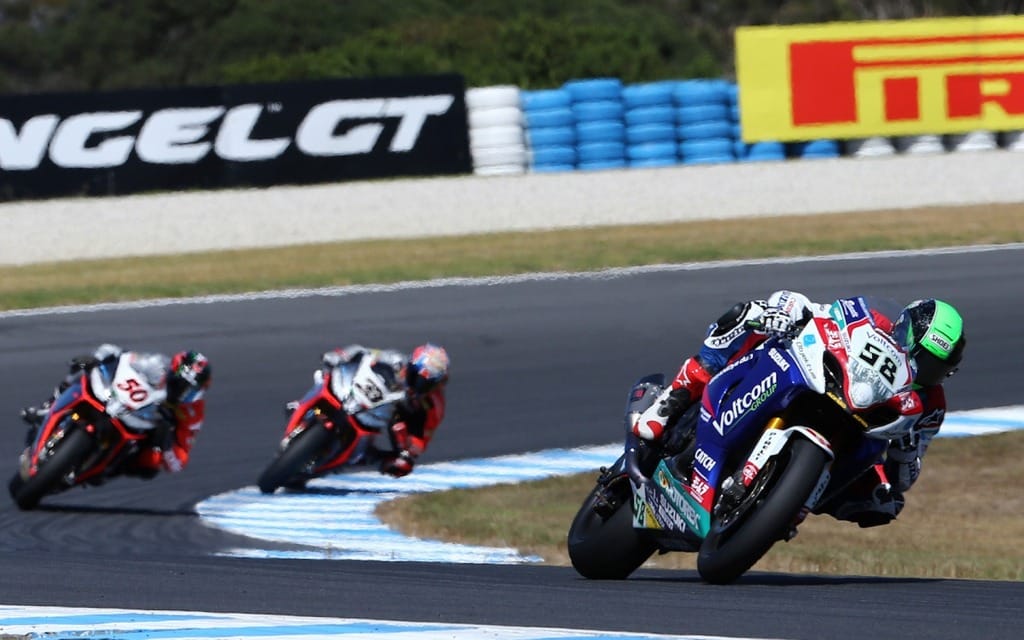 The 2014 eni FIM Superbike World Championship got underway this past weekend, the opening round taking place at Phillip Island, Australia. Sylvain Guintoli (Aprilia Racing Team) finished on the rostrum in both of Sunday’s races to take an early 10-point lead in the championship standings.

Despite a poor start from the second row of the grid – one that saw him sitting seventh after the first lap – Eugene Laverty (Voltcom Crescent Suzuki) won Sunday’s first race, the first WSBK victory for a Suzuki rider since 2010. To battle back from his bad start the Irishman set a furious pace, and after passing Guintoli to take the lead on lap 17 was able to pull away from the field in the late stages. Melandri finished second and Guintoli settled for third.

However, Guintoli bounced back with a win in Sunday’s second race. The race ended after only 15 laps with a red flag, the cause of which was a blown engine in Laverty’s GSX-R1000. Rounding out the podium were Loris Baz in second and last year’s WSBK champion Tom Sykes in third, both of the Kawasaki Racing Team.

Current championship leader Sylvain Guintoli commented on the opening round at Phillip Island: “In Race One maybe I had a little too much faith. I started off strong and toward the end I lost the right feeling with my rear tire. The conditions were much different than they had been over the last few days but we did a good job anyway. In the second race I tried to look after my tire and it worked.”

The next round of WSBK takes place on April 13 in Aragon, Spain.