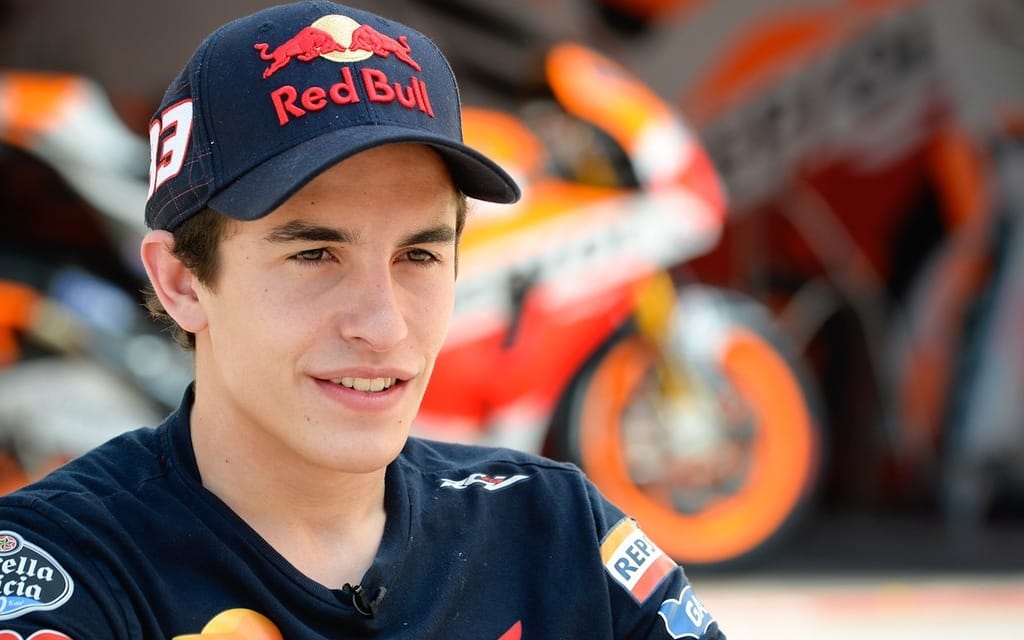 Last year’s MotoGP champion Marc Marquez broke his right fibula yesterday, the injury occurring during a dirt track training session in Spain. Marquez will miss next week’s MotoGP test session in Sepang, Malaysia, and possibly even the following week’s testing in Phillip Island, Australia. He is, however, expected to make a full recovery for MotoGP’s first race of 2014 on March 23 in Qatar.

Dr. Xavier Mir, who treated Marquez, said, “The results [of a CT scan and x-ray] showed no ligament damage or dislocation and no need to proceed with surgery. I expect he will need three to four weeks to fully recover.”

“It was a really unfortunate accident that could happen to anyone at any time,” Marquez said. “Thankfully there was no ligament damage and it seems like a clean break.”

Although Marquez has a lot of experience with dirt track, incorporating it and other forms of off-road riding into his off-season training, some critics were quick to accuse him of engaging in training activities they deem too dangerous. (If his broken leg was the result of a slip in the shower, the same critics would likely say he should stop showering.) Ducati MotoGP rider Cal Crutchlow took to Twitter in defense of Marquez, saying, “I’m very sick of people saying riders shouldn’t train on MX bikes etc. because of risk of injury! It seems OK for all other [athletes] to be able to play football or tennis to be fit, but when we ride a bike and sometimes get injured we get hammered for it! It’s not right.”

Aside from venting, Crutchlow also wished Marquez a speedy recovery.