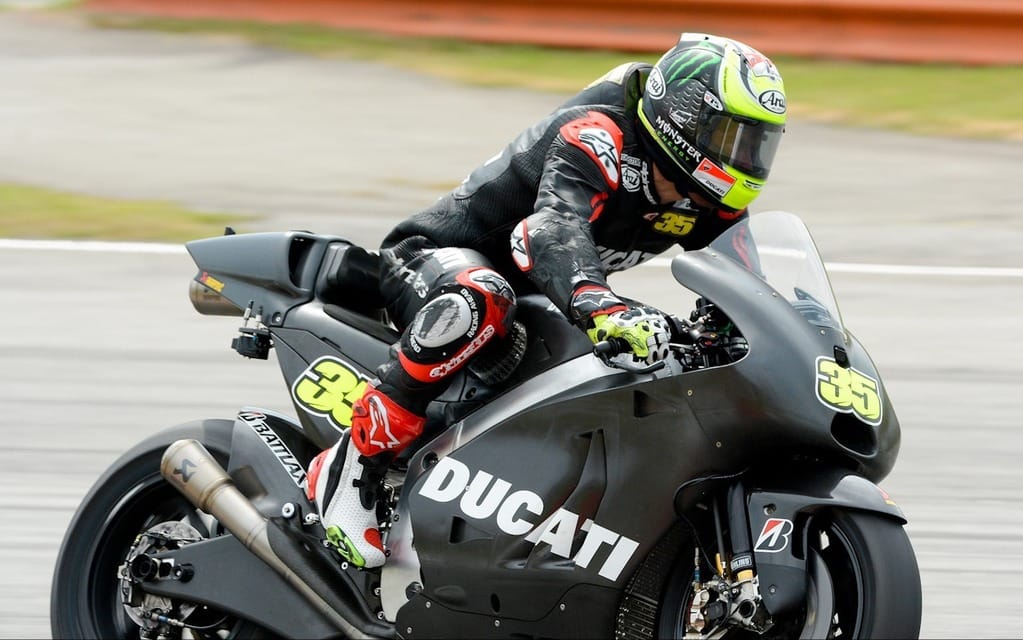 To Open, or not to Open: that is the question facing Ducati’s MotoGP program in 2014. As of now, the Italian firm is still weighing its options.

The CRT class is no more, replaced by the Open class this season. Bikes competing in the new Open class will be running spec ECU software (from Dorna and Magneti Marelli) in conjunction with spec ECU hardware, which from now on is mandatory for all bikes in the field. That means that Factory teams must use the standard hardware, but can continue to develop and employ their own software.

Open teams, in exchange for going with spec software, can use up to 24 litres of fuel per bike for each race (vs. 20 litres for Factory machines) and have an allotment of 12 engines per bike for the season (vs. five for a Factory bike). Also, the Open class is not subject to engine freeze regulations, meaning that Ducati could continue engine development throughout the season. Given their woeful results in recent memory, that may be the most important benefit of going Open for Ducati.

There are currently four Ducati bikes in the 2014 MotoGP field. Andrea Dovizioso and Cal Crutchlow are riding for Ducati Team, while Andrea Iannone and Yonny Hernandez are suiting up for Pramac Racing. It’s been confirmed that Hernandez will race in the Open class, while Iannone, Crutchlow and Dovizioso are still provisionally listed as Factory.

Rumours have been circulating about Ducati moving more of its riders into the Open class. When asked about that possibility after last week’s Sepang test, Ducati Corse general manager Gigi Dall’Igna said, “Why not? We will see. For us it will be difficult to develop the bike with the Factory MotoGP rules.”

Paolo Ciabatti, the project director for Ducati Team, also spoke about the Open vs. Factory dilemma. “The option of the Open class is an interesting one,” he said. “We have seen that Aleix Espargaro has been extremely fast on the FTR-Yamaha [in the Open class, NGM Mobile Forward Racing], so obviously Open is something to consider. We will evaluate all of the information, but for the moment we have not made any decision.”

The clock, however, is ticking; the deadline for choosing either the Factory or Open option is February 28.