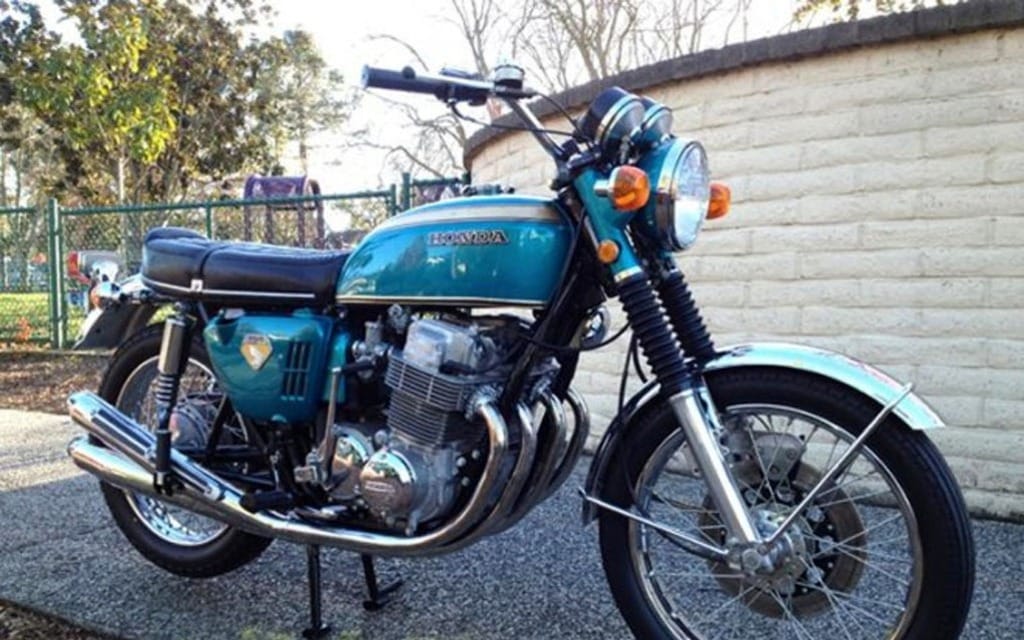 The blue 1969 CB750 is one of four hand-made test prototypes created by Honda before the fab four-cylinder motorcycle went on sale and changed the industry the way the Beatles changed music. Compared to the British, American, and Japanese motorcycles of the day, this was a new way of seeing bikes.

With four inline cylinders and four mufflers, disc brakes, and more horsepower than other bikes of the era, the CB750 offered buyers an excess of motorcycle for a price similar to that of other bikes.

The price for this one, however, is rocketing upward. According to Wired magazine the starting point for eBay bidding was $1,969 and by Friday it had reached $130,000. That might be because this could be the only one of the four prototypes still existant. By Monday at 10 a.m. there were only 11 hours left before bidding closed.