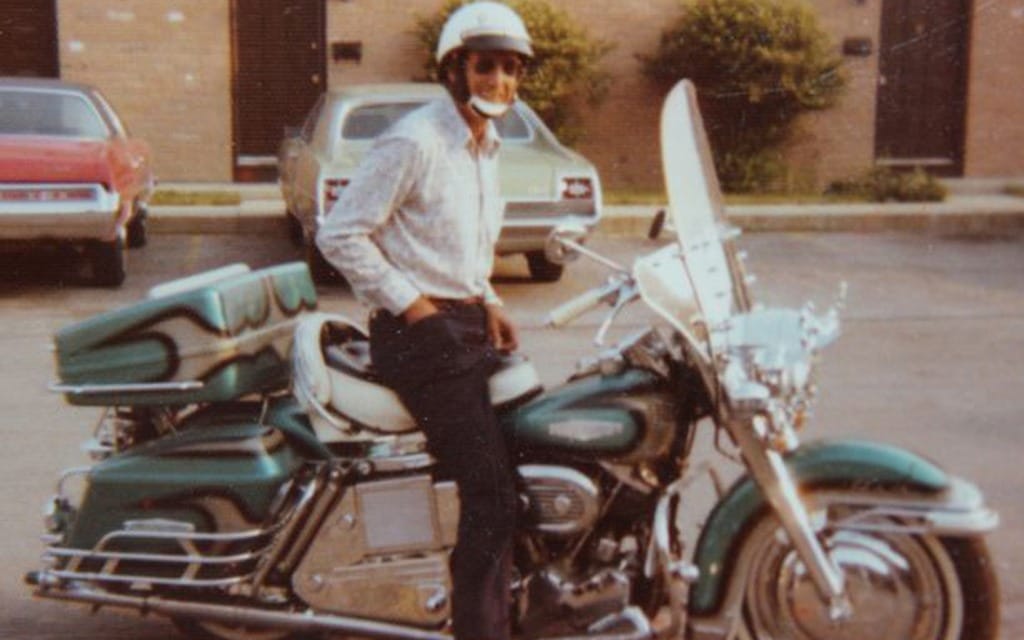 He’s taking it with him

An Ohio man has been buried astride a 1967 Harley-Davidson Electra Glide, fulfilling a plan he began working on years ago.
According to a stor in the Dayton Daily News, Billy Standley began talking about his burial plans years ago. He wanted to be sitting on his Harley, and he knew it would be a difficult thing to accomplish. He purchased three burial plots to make room for him and the bike, and had his two sons build a casket out of Plexiglas, so that he would be visible as he went into the ground.
After he died of lung cancer at 82, his body was prepared by embalmers at a Mechanicsburg funeral home and then put into the casket along with his leathers and some trophies. A visitation was planned for today, after which Standley would be lowered into his grave with his Electra Glide.