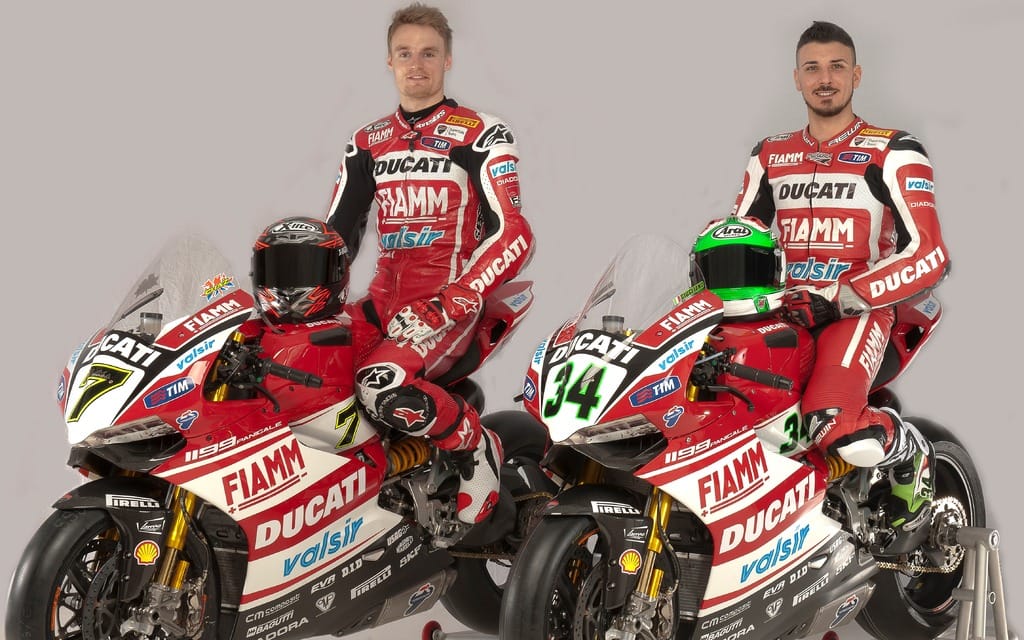 This is a big year for fans of Ducati World Superbike racing, as 2014 marks the official return of the storied Italian manufacturer to WSBK competition. The Ducati Superbike Team was officially presented to the press and general public via an online live streaming event on Monday, January 27, from the company’s auditorium in Bologna, Italy.

Factory riders Chaz Davies and Davide Giugliano took to the stage, alongside top Ducati brass, to show off the 1199 Panigale on which they’ll contest this year’s championship.

Davies, a 26-year-old from Wales, was candid in his comments about the bike: “I haven’t been riding the Panigale for very long yet but I feel that my bike has a lot of potential still to explore and evaluate. I think that the bike has the potential to win races; we just need to keep working and make the most of every opportunity that presents itself during race weekends.”

Giugliano, a 24-year-old Italian, was a bit more poetic in his description, saying, “My new Panigale is something amazing, a bike that immediately feels like mine and with which I’m immediately in tune. I’m very pleased with how the bike is developing and so this is already very positive.”

The 2014 WSBK season gets underway on February 23 at Phillip Island, Australia.