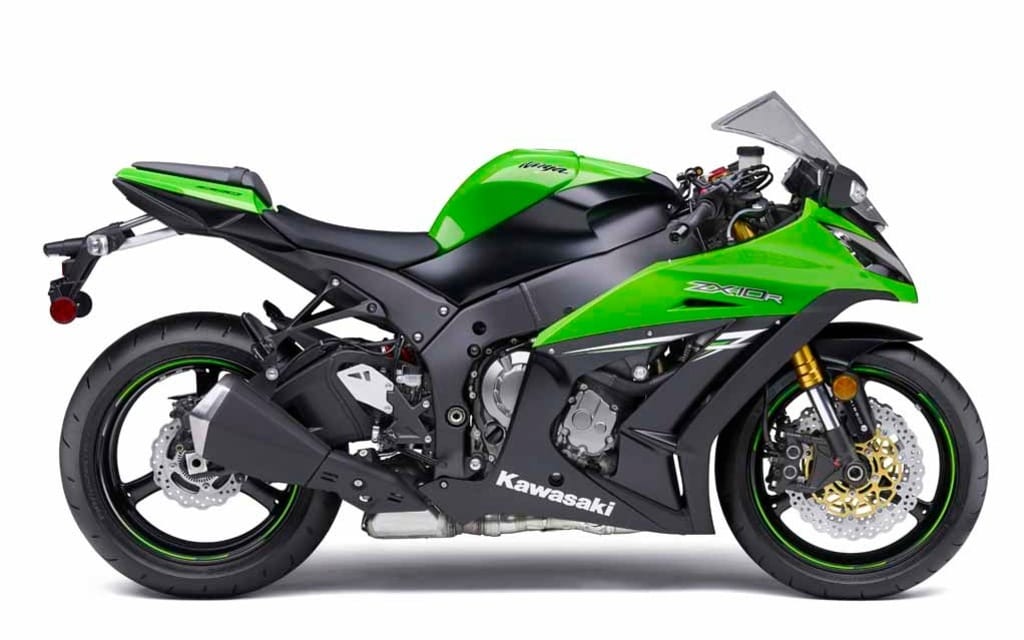 An Alberta motorcyclist was fined $2,500 last week for riding a Kawasaki ZX-10 at more than twice the speed limit on public roads.
The 34-year-old man from St. Albert, Alta., was observed riding at 264 km/h on a road near Edmonton in May 2012, according to a story in the Edmonton Sun.
The police officer who stopped the speeding motorcyclist told the Provincial Court judge that he was doing traffic enforcement at 3:30 p.m. when the motorcyclist passed him at a normal speed, then accelerated. The rider reached 264 km/h for a few seconds, then slowed for traffic, allowing the police officer to catch him and pull him over. The officer told the court that he had never seen such a high speed on a public road in 20 years of traffic enforcement. He said there was a “fair amount” of other traffic on the road at the time.
The motorcyclist was fined and prohibited from driving for a year.