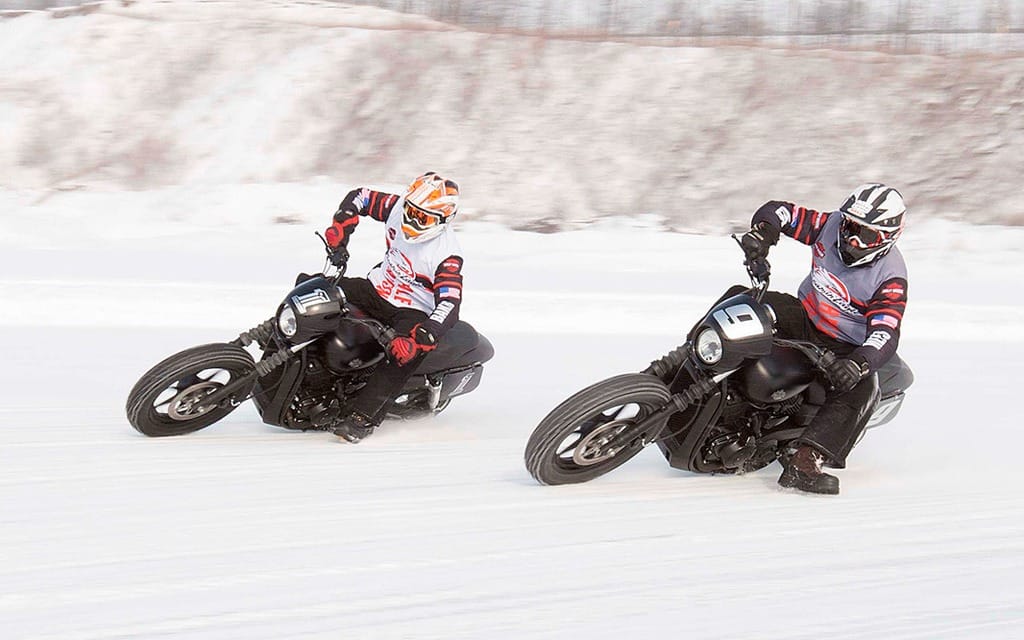 The 2014 Winter X Games took place over the weekend in Aspen, Colorado, but the sport getting the most publicity is one that’s not even included in the games. Not yet, anyway.

Harley-Davidson kitted out some of its new Street 750s with studded tires and put on an ice racing exhibition to promote the sport, enlisting the help of 2013 AMA Grand National Champion Brad “The Bullet” Baker, as well as former champion Jared Mees and his wife Nichole. Harley would like to see ice racing included as a medal sport in upcoming X Games and encouraged fans to show their support via Twitter. It’s too early to know if we’ll see ice racing at future Games, but the initial response has been very positive.

Brad Baker also had good things to say about the experience. In an interview with Motorcycle-USA.com Baker was asked how it compared to riding a dirt track: “It’s pretty close as far as the way you ride and handle the motorcycle, finding traction and getting the thing hooked up. It’s an oval course that’s usually three-eighths to half-a-mile with speeds up to 100 mph, so that’s pretty similar to flat track. Then again, you’re on the ice and we have studded tires with sharp screws and that’s more of a risk factor that makes the racing more intense. Definitely don’t want to fall down and get run over by any buzz-saw tires.” And if the X Games does pick up the sport, would he compete? “If it happens you can count on me being on a motorcycle, that’s for sure. I definitely want to be a part of it.”