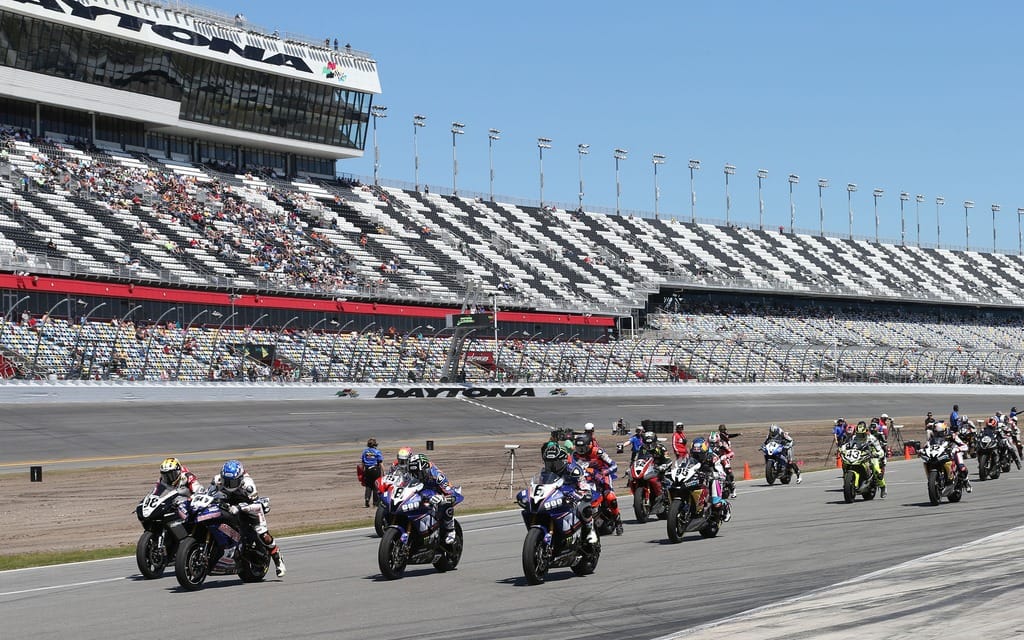 Fewer races and two formats for 2014

AMA Pro Racing released its pro road racing schedule earlier this month, which shows a scaled back version of the series for 2014. AMA Pro SuperBike, Pro SportBike and Pro SuperSport classes will compete in doubleheaders at each round in the upcoming season, while the Harley-Davidson Series will have one final per race weekend.

The season kicks off in mid-March at the Daytona International Speedway in Daytona Beach, Florida (March 13–15), before heading to Road America in Elkhart Lake, Wisconsin (May 30–June 1) for round two. Both these stops will feature the traditional three-day race format.

At the final three events of the season the AMA will be implementing its condensed two-day format, first at Barber Motorsports Park in Birmingham, Alabama (June 21–22), then at Mid-Ohio Sports Car Course in Lexington, Ohio (July 19–20), and finally at New Jersey Motorsports Park in Millville, New Jersey (Sept. 13–14). There are rumours of a sixth event being added to the schedule, though nothing has been confirmed as yet.

Cycle World reports AMA Pro Racing Director of Communications Gene Crouch saying, “The two-day schedule was created as a cost-containment effort for both promoters and teams. Because of the economic climate right now and what’s going on in the industry, there’s not as much interest from third-party promoters to host events as there has been in the past. We want to create a racing environment that fits with where we’re at right now as a community.”