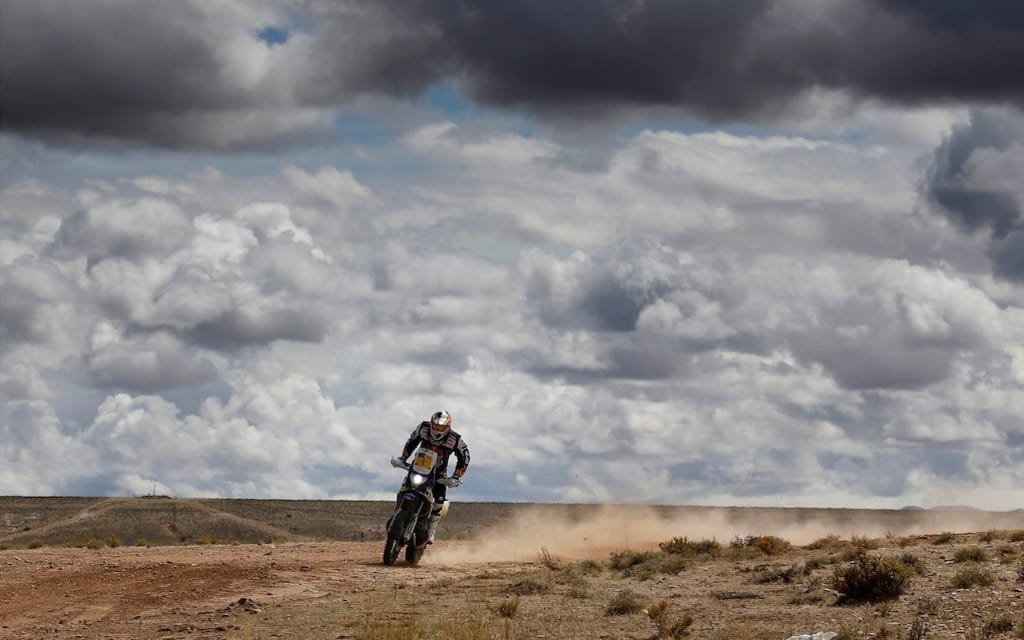 Despres finding his stride, but Coma still in command

Stage eight of the Dakar went Monday, with riders travelling a total of 692 km between Uyuni and Calama. The day’s route skirted the Salar de Uyuni, the world’s largest salt flat, before leaving Bolivia for Chile. Last year’s champion Cyril Despres was fastest through the 462 km special, taking his first stage win of the rally, also his first on the Yamaha. Spaniards Marc Coma and Joan Barreda Bort finished second and third, respectively, just over two minutes off the pace.

Tuesday’s stage nine saw riders descending from Calama in the Andes to the shores of the Pacific Ocean at Iquique, and the final stretch of the 422 km special covered challenging sand dunes. KTM rider Marc Coma was strongest in the sand and claimed the stage nine victory. Cyril Despres was second, while Sherco rider Juan Pedrero Garcia finished third.

Despres seems to be finding his championship form from a year ago, though it may be too little too late. His solid showing over the last few stages sees him rise to eighth overall, but a poor start to the rally means he’s still well back of the leaders with little hope of catching them. Marc Coma continues to be consistent and leads the overall rankings. Joan Barreda Bort sits second overall, 55:36 back. Coma’s KTM teammate Jordi Viladoms is third, almost an hour behind the leader.