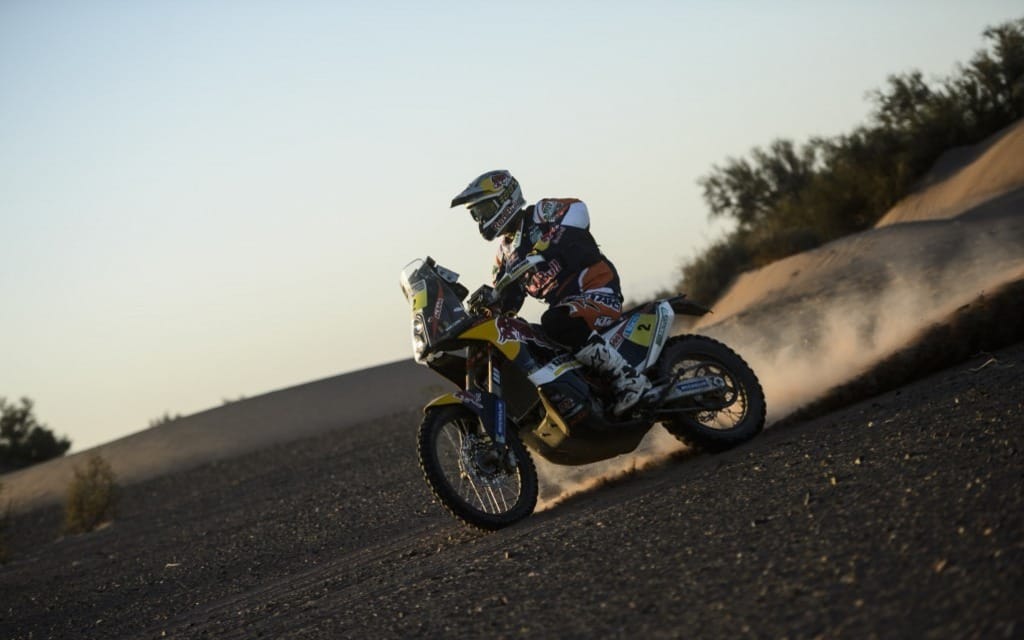 Stage four of the Dakar Rally took place on Wednesday, and it proved disastrous for Yamaha’s Cyril Despres.

Spain’s Juan Pedero Garcia was first to reach Chilecito from the stage’s starting point in San Juan, and fastest through the 353 km special to claim a stage four victory aboard his Sherco. KTM riders Franciso Lopez Contardo and Marc Coma were second and third, respectively. Despres, who at the start of stage four was second in the overall rankings, suffered several setbacks and wrong turns, finishing more than 40 minutes behind the leader.

Thursday’s stage five was dominated by KTMs, which swept the podium for the day, though the route from Chilecito to Tucumán was shortened due to extreme temperatures. Despite the intense heat, Spain’s Marc Coma managed a blistering pace for the stage five win. Fellow countryman Jordi Viladoms took second, while Polish rider Kuba Przygonski was third fastest through the stage.

Coma’s incredible stage five finish vaults him to first in the overall rankings. Honda’s Joan Barreda Bort falls to second, over 41 minutes behind Coma, while Franciso Lopez Contardo climbs into third, 53:41 back of the leader. Last year’s champion Cyril Despres has dropped to eighth overall, and is almost an hour and a half back of top spot.