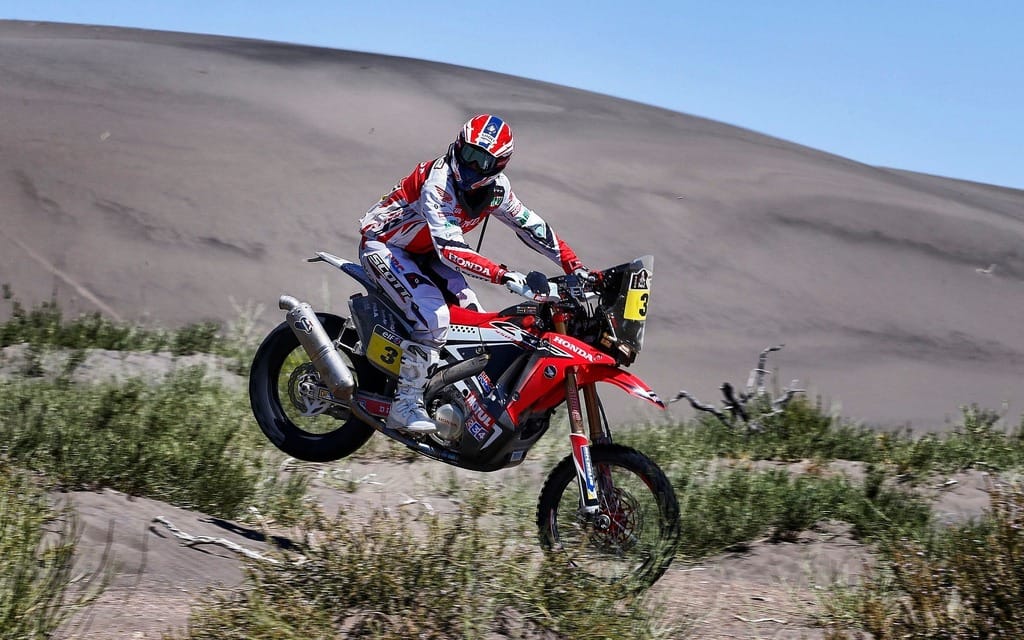 The second stage of the Dakar Rally took place in Argentina on Monday, including the first section of dunes in the rally, between San Luis and San Rafael. When the dust settled a surprise winner had emerged. Britain’s Sam Sunderland was fastest on his Honda through the 359 km stage two special. Sunderland is a relative newcomer to the Dakar (this is his second year in the rally), and was followed by Chilean KTM rider Francisco Lopez Contardo. Stage one winner Joan Barreda Bort finished third fastest.

Tuesday saw riders travelling from San Rafael to San Juan, with the special shortened to 243 km to avoid “unstable terrain” at the beginning of a mountain route that climbed to a maximum altitude of 4,300 m. Honda’s Joan Barreda Bort was quickest through stage three, claiming his second stage victory and adding to his string of podium finishes thus far. Frenchman Cyril Despres finished second aboard his Yamaha, and KTM’s Marc Coma was third.

Joan Barreda Bort leads the overall rankings after three stages, while Cyril Despres isn’t far behind in second place, 13:04 behind the leader. Marc Coma sits in third, less than a minute back of Despres. Full Dakar details are available at the rally’s website.