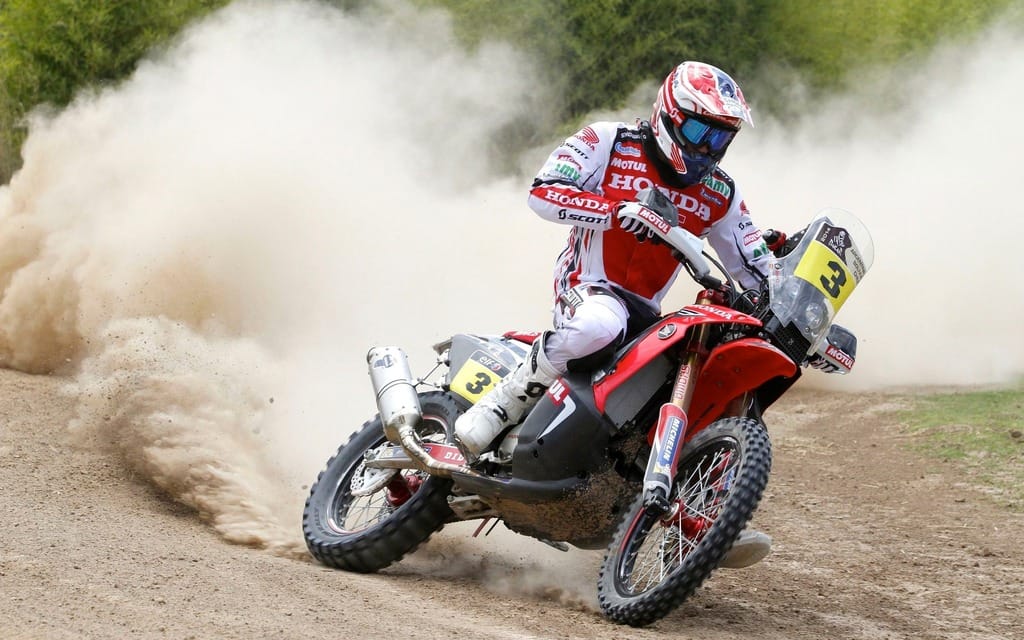 The Dakar Rally began early Sunday morning in Argentina. Stage one covered a total distance of 809 km between Rosario and San Luis, with 108 of those kilometres making up the timed “special” section for the opening day.

Spain’s Joan Barreda Bort rode his Honda CRF450 Rally to a stage one victory, the first Dakar stage win for the Honda HRC team since Gilles Lalay in 1989. Marc Coma, also from Spain, finished the day second aboard his KTM, only 37 seconds behind the leader. Frenchman Cyril Despres, who left KTM to join Yamaha Factory Racing this year, rounded out the top three, finishing 1:40 back of first place.

The Dakar Rally spans 13 days and 8,734 km between Rosario, Argentina, and Valparaíso, Chile. It’s arguably the world’s toughest off-road race, and the goal of many competitors is simply to finish. The rally moved to South America in 2009, and this year the route will see riders traverse the varied and challenging terrains of Argentina, Bolivia and Chile.

Full details are available at the Dakar Rally website.