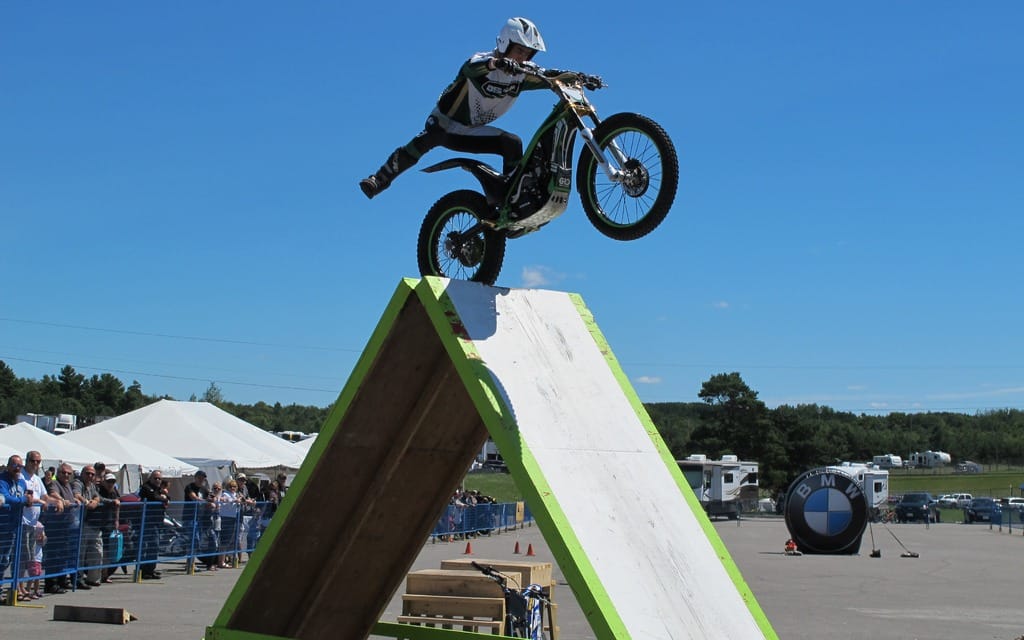 Szoke takes the show on the road

That’s exactly what he’ll be doing in the upcoming series of Motorcycle Shows in Calgary, Edmonton, Vancouver and Toronto. Szoke will be putting on trials demonstrations at each venue, showcasing the skills he used to win his latest trials championship.

Observed trials isn’t about speed, but rather balance and control. Specialized motorcycles are ridden around and over a series of obstacles. Trials riders try to negotiate the course without touching their feet to the ground.