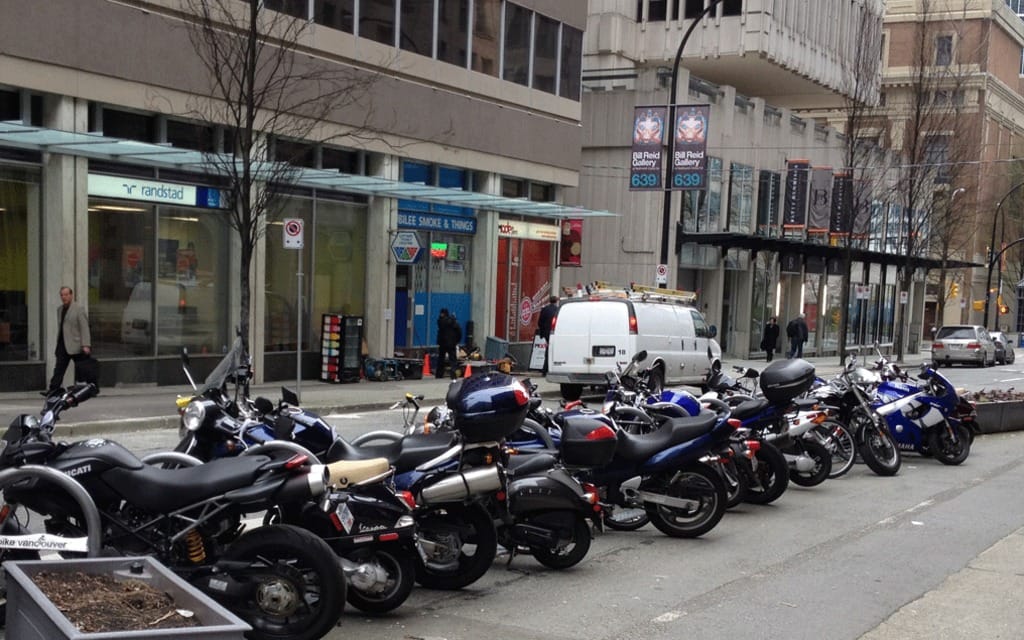 Good weather on the west coast of Canada was a bonus for motorcycle riders, but also created more problems, says the B.C. Association for Injured Motorcyclists.
A story on the news1130.com website suggests that more riding days created more collisions on Vancouver roads.
With more sunshine than usual last year, Vancouver saw more motorcycles on its streets, and AIM saw more victims, says Gary Richardson, a member of the organization.
AIM makes visits to injured motorcyclists and helps with rehabilitation. Last year, said Richardson, the number of injured motorcyclists helped by AIM was 50, up from 36 the year before.
Richardson said collisions are often caused by car drivers who steer into the path of an oncoming motorcycle.