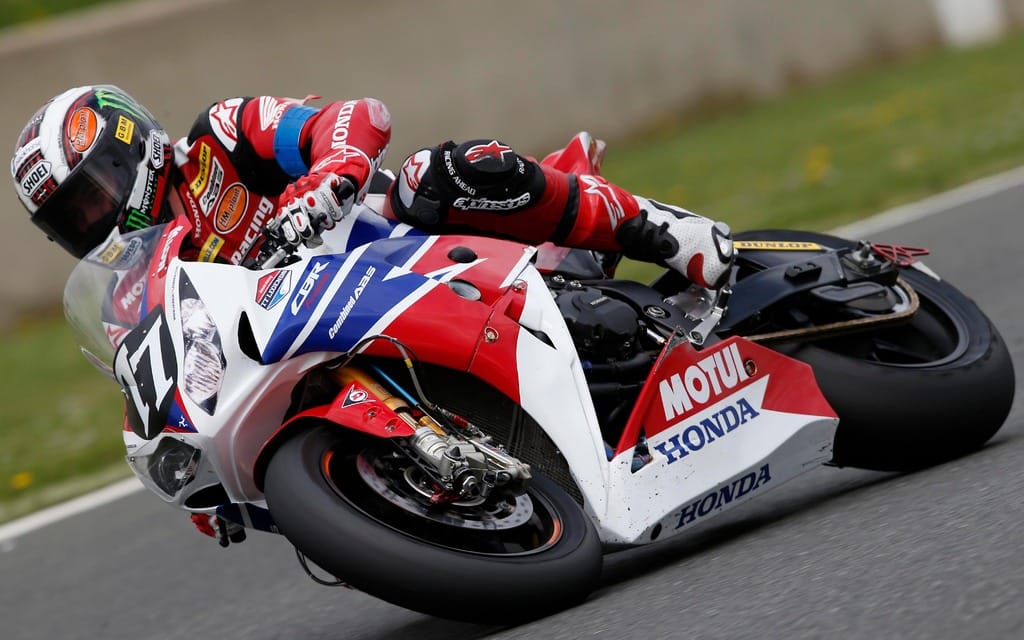 Isle of Man TT living legend John McGuinness recently used social media to gauge interest in a talk show tour idea. He posted a promotional poster for his “Pies and Podiums” tour on Twitter with the caption: “Anybody up for this? Should be a great bit of banter!” A similar post was made on Facebook, and the public response to both has been entirely enthusiastic.

The idea is to stage a limited number of shows in small venues. McGuinness will take to the stage to discuss his life and hugely successful racing career, along with former World Superbike champion Neil Hodgson as co-host. The original plan was to make stops in the Isle of Man and the northwest of England, but McGuinness fans have since called for the tour to cover all of the United Kingdom. Dates and venues have yet to be confirmed.

“There are so many stories and tales when I look back on my career,” McGuinness said. “The many interesting people, teammates like Joey [Dunlop] and friends that I have been privileged to know and work with since I made my debut at the Isle of Man in 1996. The fans have been so special to me and supported me throughout. This was an opportunity to put something back and talk about some of these special moments in my career.”

The 41-year-old from Morecambe, UK, has 20 career TT wins and 41 podiums, and is only six wins shy of Joey Dunlop’s all-time TT win record. Affectionately known as the Morecambe Missile, McGuinness is certainly qualified to give a talk about podiums. Exactly how much he knows about pies remains to be seen.