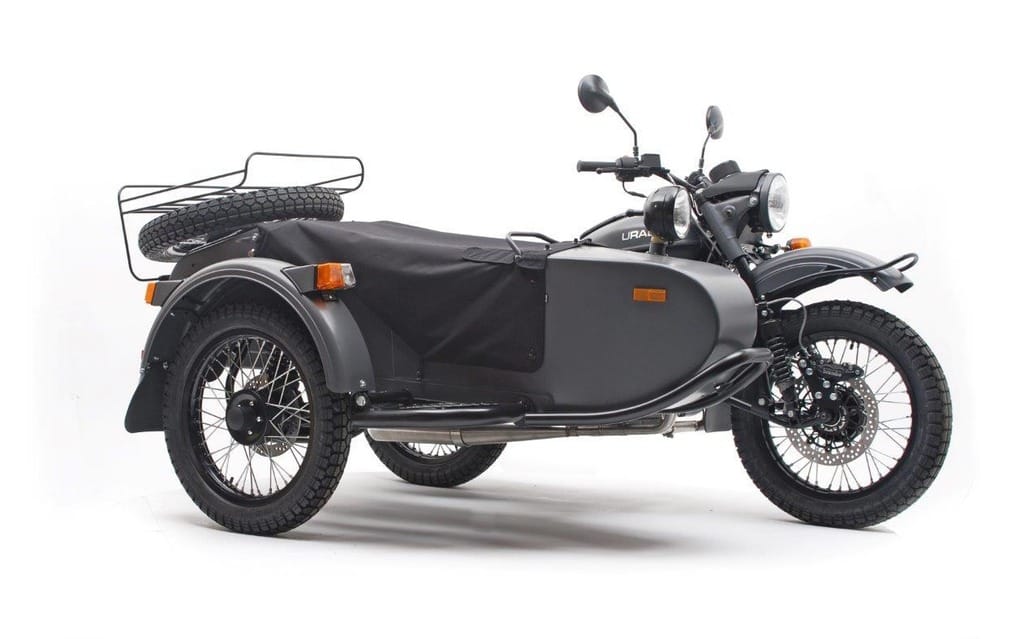 Russian motorcycle company IMZ-Ural recently announced a host of new upgrades for its 2014 sidecar motorcycle lineup. A blog post on imz-ural.com says that four main upgrade areas were focused on: engine performance, handling, braking, and overall fit and finish. Three of the most notable upgrades are the switch to electronic fuel injection, disc brakes, and a hydraulic steering damper.

Previously all Ural models were manufactured with carburetors, but 2014 models will be equipped with electronic fuel injection. Michigan-based engineering company ElectroJet Inc. developed the EFI system, which incorporates Bosch and Delphi components, specifically for Ural. Each cylinder has its own ECU, but the motorcycle will continue to run even if only one ECU is operational.

Urals have had a Brembo disc brake on the front wheel since 2003, though the rear and sidecar wheels kept the old-fashioned drum brake setup. However, new model Urals will now feature disc brakes on all three wheels. The rear wheel gets a 256 mm disc with Hayes Brakes caliper, while the sidecar wheel is equipped with a 245 mm disc and Brembo caliper. This new braking system should provide greatly increased stopping power and require less rider effort.

Steering a Ural has always been a unique experience, part of which had to do with the mechanical friction-type steering damper on previous models. It’s a simple design that, Ural admits, “doesn’t provide consistent handling.”  Maintaining a straight line required constant rider input. In an effort to improve handling, 2014 Urals will be equipped with a new steering system incorporating an adjustable hydraulic damper. Ural says the new system makes the machine feel more planted and requires less rider input. They also claim it will reduce the bike’s tendency to pull to the left or right under acceleration and braking.

“We retained our classic charm, ruggedness and unpretentious character,” says Ural president and CEO Ilya Khait. “But performance-wise, these bikes are closer to what riders expect of a modern day motorcycle.”

Other upgrades for 2014 include a bigger airbox, revised camshaft (to increase low- and mid-range torque), and new dashboard, as well as minor cosmetic changes.