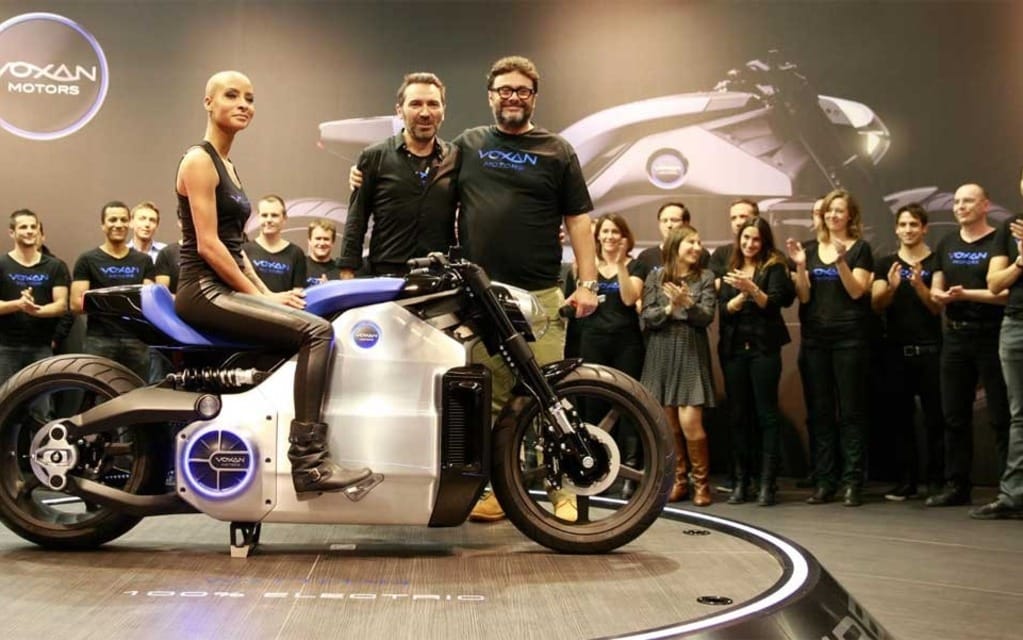 Voxan rips the lid off

200 hp electric bike from the French
French motorcycle maker Voxan has introduced an electric motorcycle that, the company says, can hit 160 km/h in less than six seconds.

The Wattman is powered by a lithium-ion battery running through an electric motor that is claimed to make 200 hp and 200 Nm of torque. Max speed is a claimed 170 km/h, and max range is 180 km.

The Wattman uses some aluminum components in its body, but is still heavy, weighing 350 kg due to its heavy batteries.
Recharging to 80 percent can be achieved in 30 minutes using the European standard recharge socket.

Voxan says the Wattman uses an aluminum exoskeleton chassis that integrates the powertrain components. A parallelogram four-link swingarm with a pair of dual oscillating arms creates an extension of the battery pack structure toward the rear axle, or so they say. “This horizontality gives the bike stability and elegance.”

Whatever that means, the bike won’t be easy to find. It’s hand-built, certainly will be expensive, and unlikely to be ridden on North American roads for some time, if ever.