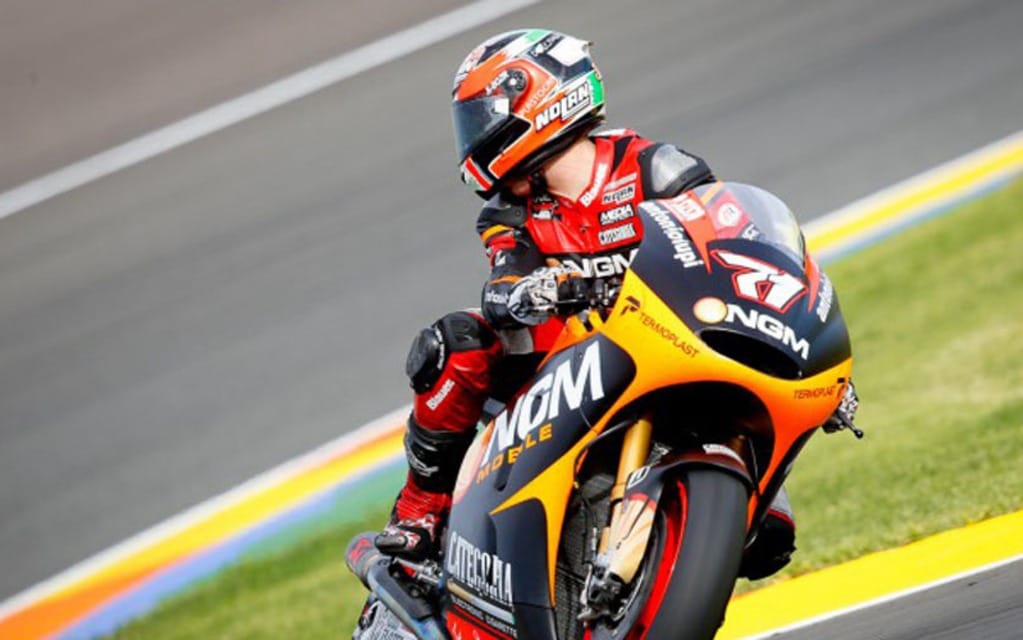 Corti steps down from MotoGP ranks to ride F4 RR

MV Agusta will return to high-level road racing in 2014 with an MV Agusta Reparto Corse-Yakhnich Motorsport team in World Superbike.
Claudio Corti, returns to World Superbike from the MotoGP ranks to ride the F4 RR in Superbike. Corti, who rode for NGM Forward Racing on a Yamaha in the 2013 MotoGP season, scored 14 season points and did not make it onto the podium.

Russian rider Vladimir Leonov, a two-year veteran of the Yakhnich team, will ride for the team in Supersport with Frenchman Jules Cluzel, who spent the past year in Superbike but has decided to step down.

The team will test at Jerez in November.

Corti said the team members “will have their work cut out for them during this first year in the World Superbike championship.”

Leonov said he’s confident that the F3 will be competitive in Supersport.