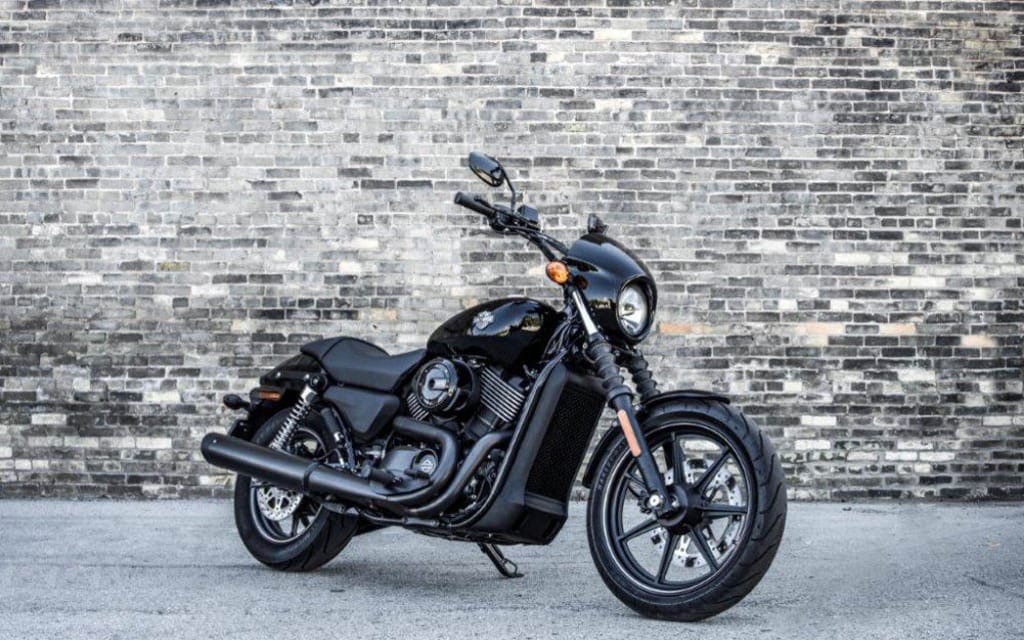 Superhero rides a Street 750
It’s a perfect storm of American patriotism; Marvel superhero Captain America rides a Harley-Davidson motorcycle in the upcoming movie “Captain America: The Winter Soldier.” A recently released trailer for the film shows Captain America riding off in defence of liberty and freedom aboard Harley’s new Street 750. What could be more American than that?

The Revolution X-powered Street 750 was unveiled at the EICMA motorcycle show earlier in November. Its Dark Custom-inspired design is aimed at younger riders in urban environments — an audience ideally reached through product placement in a superhero action movie. “Captain America: The Winter Soldier” is set for release this spring.

In a story published on marvel.com, Harley-Davidson Marketing Communication Director Dino Bernacchi had this to say: “Captain America truly embodies the iconic, heroic and American aspects of the Harley-Davidson brand. Both Captain America and our motorcycles are great symbols of freedom. We can’t wait for fans to see this movie and what Harley-Davidson has planned with Marvel moving forward. There are exciting things to come with our partnership.”