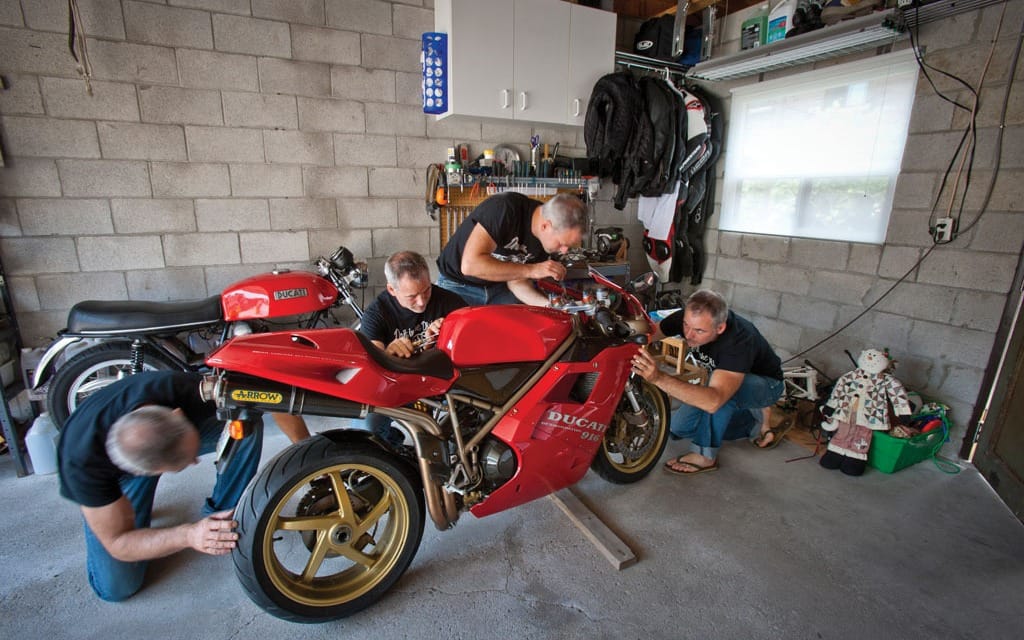 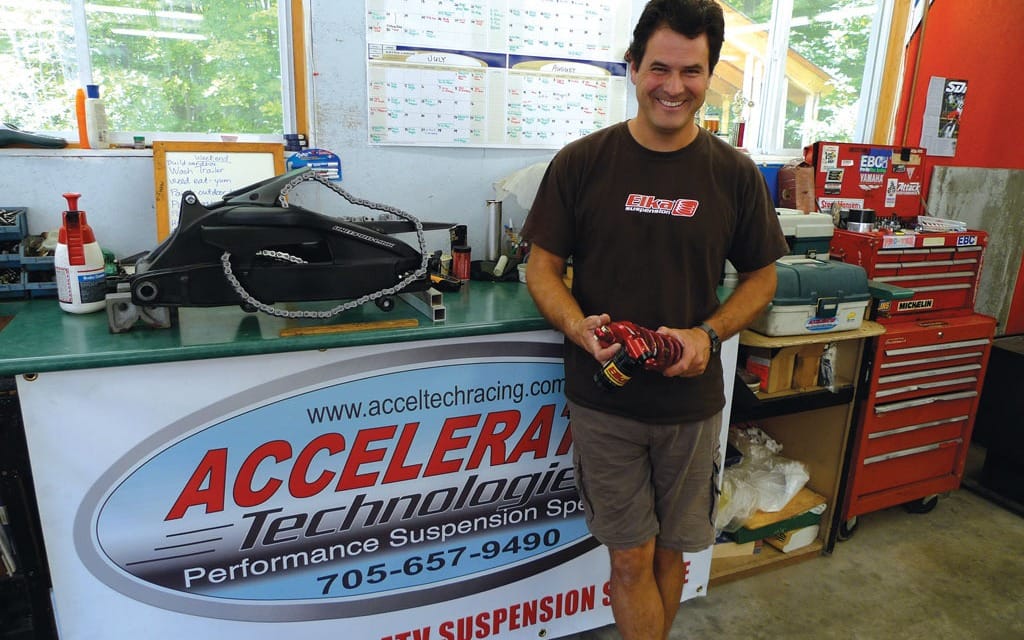 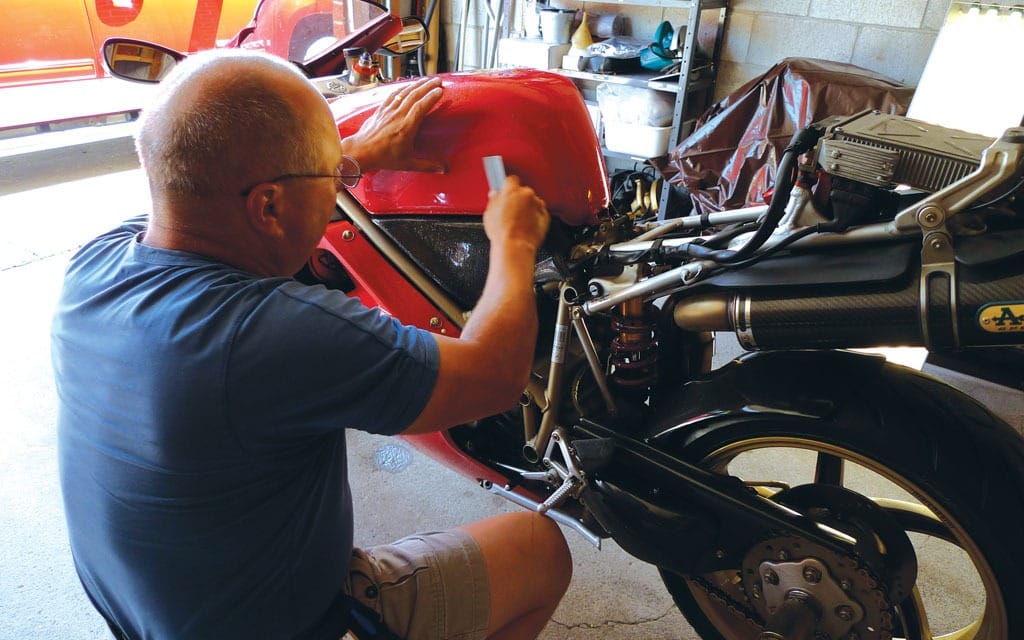 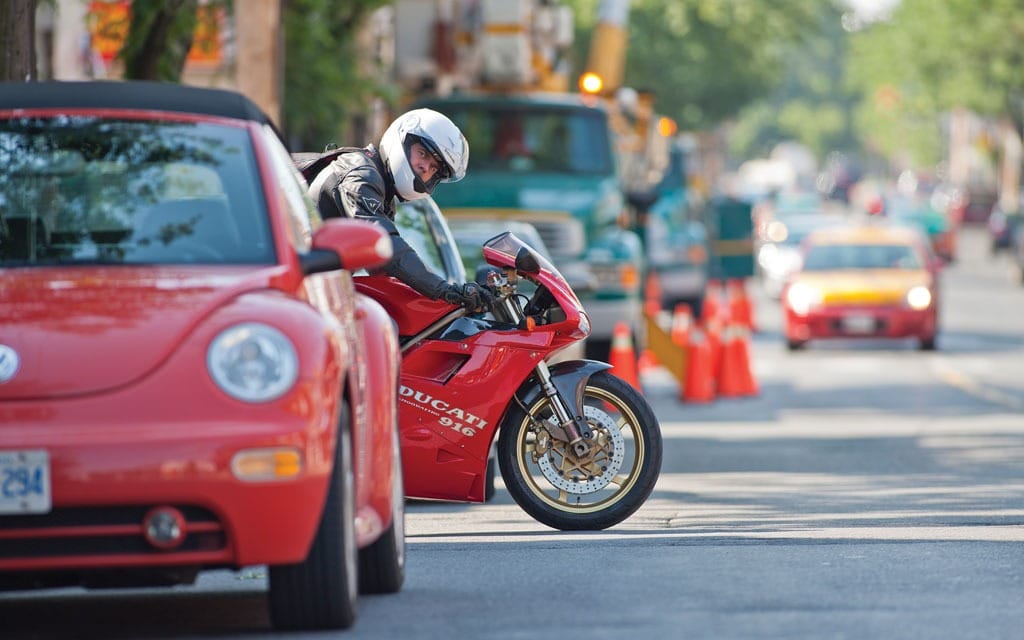 Forever and a day

What began as an odd feeling with the rear suspension on the Ducati 916 of Neil Graham led him on an 18-month bike journey of revitalization
I was perplexed. While riding through the greenery of Vermont on my new-to-me 1995 Ducati 916, the rear wheel would unexpectedly slip out under acceleration. It didn’t make sense. The tires were good, the roads dry, and the bike, with horsepower on the shy side of 100, was hardly a tire shredder. I’d never ridden a Ducati this old, but the 749s and 848s and 1098s that I’d tested for the magazine were paragons of stability and predictability.

I took my problems to John Sharrard of Accelerated Technologies, convinced that I’d baffle him, too. I didn’t. John, thankfully, is too polite to make anyone feel like an idiot, and he patiently explained that the rear shock was knackered and what I’d thought was the tire sliding was actually the fully compressed rear suspension causing the wheel rim to roll over onto the sidewall of the tire. John suggested an Elka shock and a fork rebuild. I agreed.

Had I been listening, I’d have heard John say that the shock would come with a remote reservoir. Even though it was neatly mounted to a frame tube, with plenty of protective padding to protect the frame finish, it wasn’t good enough for me. I needed to complicate this. My brother Steve (a mad genius who looks the part) offered (or did I ask?) to machine a mount to hold the reservoir up under the tail section, as Ducati used to use on their old 851 superbikes. What I got back from Steve was the mother of all reservoir supports, with machine engraved text that ridiculed my frivolous pursuits — and that only I or John Sharrard would ever see. This entailed a trip back to John for a revised cable to connect the shock to the reservoir as it was now farther away. And then I checked my notes and decided that I might as well change the belts and have the valves done, so I called Michael Cozza at Ride Motorcycles and he got my go-to-guy for Ducati maintenance, Chris McDermott, to bust out the spanners.

Progress. Except that while the fairing was off I spotted cracks in the nose cone and on the right-side fairing panel. I know what to do with rust and with bent metal, but plastic? I called my old racing chum Martin Wingate and he told me of a guy in Oshawa called the Plastic Sturgeon. “The fish?” I said to Martin. “No, not sturgeon, surgeon.” Cam McElligott, I learned, is the Plastic Surgeon. Using a tool that reminded me of a carving knife, Cam carefully heated the fairing side panel, dug out a small groove, and then filled it with a black plastic filler that melted into place in the way that a welder’s rod fuses with the metal to complete a joint. Neat. But the nose cone presented further problems. It had nearly split all the way across from the right headlight to the edge of the fairing. Cam recommended filling both sides of the joint to restore its strength, which, of course, would mar its paint finish. Damn.

Tony Stravato was recommended by McElligott to match the paint finish, which he did remarkably well. Next time I’d do it a little differently, and find a structurally sound used nose section and have it painted, but I thought that after living together for nearly 20 years, the body parts deserved to grow old together. I’m too sentimental.

Now all I had to do was put the bike back together. But when I went to install the intake runners that deliver air from the front of the bike, the plastic clips that allow them to be affixed to the airbox snapped off. And the part is no longer available. Damn. I searched for used ones but eBay only offered runners with broken clips. (Note to eBay sellers: throw them in the garbage. They’re junk.) The only solution was to buy aftermarket carbon fiber replacements. Four days later they arrived in the mail and the bits looked as sexy as liquid money. The left one popped right on but the right one didn’t fit. Three hours of work later it still didn’t fit but at least I’d given it my best — it’s wedged on well enough.

Late one night in the garage I gave it a final once-over and hit the starter. It rumbled to life and I hit the road. It only took half a block to marvel at the improved suspension compliance, and now, a few thousand kilometres later, I’m even more impressed. John Sharrard’s rebuilding of the fork removed the last vestiges of stiction, and combined with the brilliant Elka shock, it’s resulted in a bike that’s profoundly changed. Leaning a bike into a corner is all a matter of confidence, and now the 916 is as confidence-inspiring as any modern sportbike. I can’t recommend Sharrard’s work (and work ethic) highly enough. Even the fact that he occasionally writes for a competing publication isn’t enough for me to take a cheap shot.

I wanted to sample John’s work with a pair of new tires and decided on Pirelli’s Angel GTs. They’re more sport-touring than super sport, but the 916 is my street bike, and I wanted a set of skins durable enough to get me to Pennsylvania and sticky enough to let me enjoy what we don’t have in southern Ontario: corners. So far the tires seem like the perfect choice (I’ll let you know how they wear in a winter edition of the magazine). When I bought the bike it had a 190-section rear tire, but the Pirelli website’s fitment guide suggested that a 180-section tire would also fit. The bike’s power didn’t justify the 10 mm wider tire, and now, with the 180-section Angel GT, the bike is much lighter on its feet and changes direction with far greater ease.

After an embarrassingly long spell with the 916 in dry dock, it’s just nice to have a bike to ride again. But old bikes are perpetually a work in progress. For some reason the 916 is running too rich, though no changes were made to its settings during the mechanical work that Chris did. Next week it’s off to the dyno to dial in the fueling, and though I’d like to believe that that’ll be the end of its fussiness, deep down I know the fettling will never truly end.